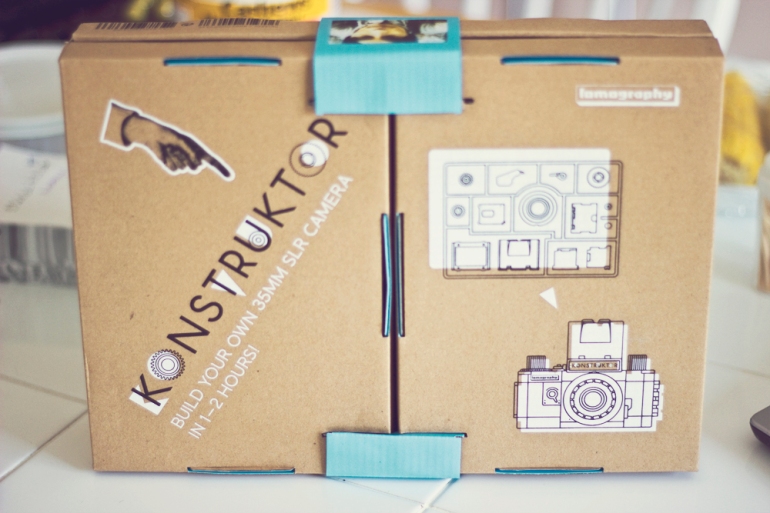 I first learned of the Konstruktor’s existence via Laughing Squid. The idea of a DIY camera was so cool so I ordered myself one from Lomography.

It’s basically like the IKEA version of a camera. The camera light chamber comes premade but there are instructions on how to build it if you ever feel like taking it apart. The body is plastic and most of the parts you have to twist from the plastic moulding. It also came with a screwdriver and stickers for customers to add their own personalizations.

The box claims that the camera can be built in 1-2 hours. However, it took me 15 minutes to distinguish the screws the first time I built it.

The instructions for the most part are pretty clear. The diagrams are easy to follow but must be looked at carefully. The first time I missed an arrow pointing from end of a spring to a little nook. 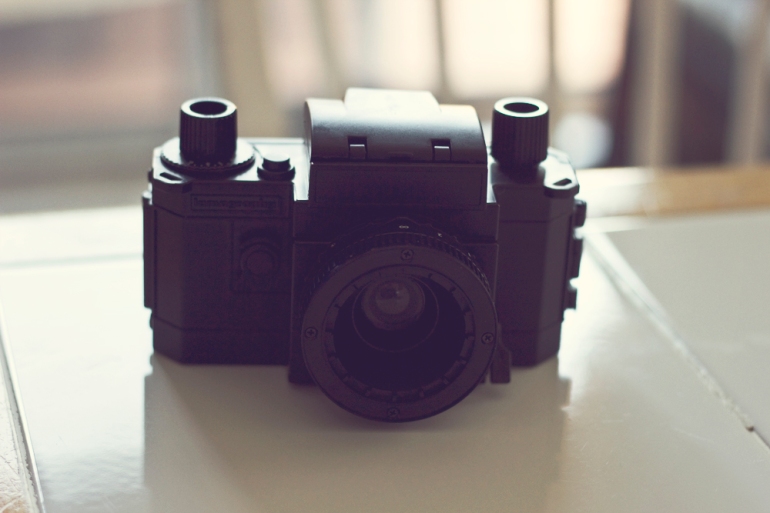 The reason I had trouble building it the first time was a defective light chamber. The springs were not strong enough to activate the shutter. I spent 6 hours thinking I built it wrong before considering that it was defective. Luckily Toronto has a Lomography store and I ended up exchanging it. It was a little bit of a hassle to do that though because in-store they claim their inventory doesn’t have any affiliation with the online (even if it was shipped from there).

Anyways, the second time around I built it in 45 minutes.

Here is the camera decorated! I was a bit sticker happy… 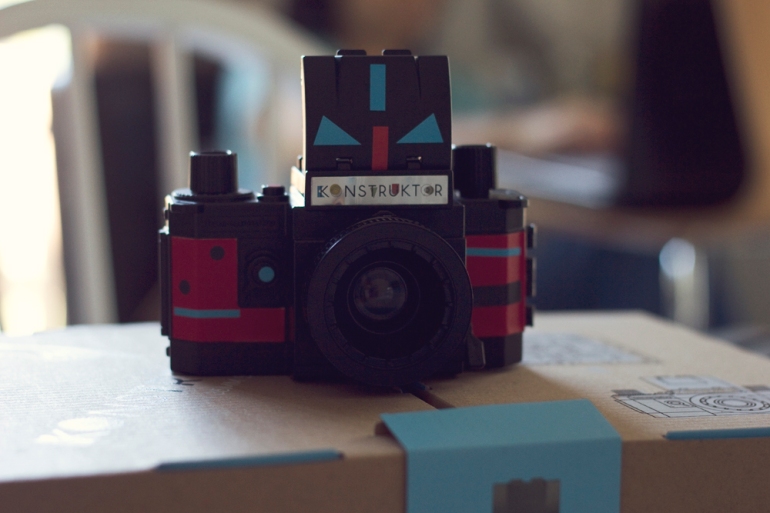 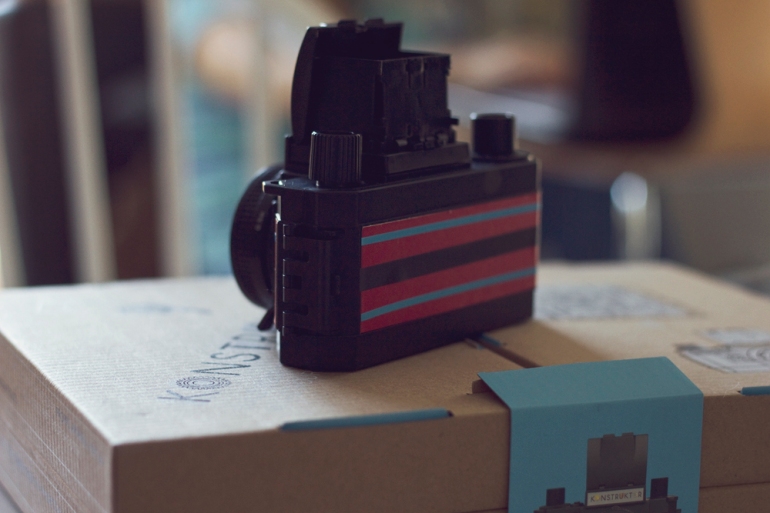 I’ve never really owned an analogue camera so the thought of not being able to see photos until later is so nerve racking. I bought some ISO 800 film from Lomography but right now I’m purposely experimenting with (unopened) expired film I found around the house. I made a couple of film winding mistakes in the beginning so it will be interesting to see how those turn out. I’m hoping that having to think more about composition will make me a better overall photographer!

Despite the weird mishap, I do recommend the Konstruktor if you’re interested at learning how cameras work. The top placement of the viewfinder is a cool experience. I can’t vouch for the quality of photos though because I have no idea yet! Don’t worry. I’ll definitely be posting some scans when I get the film developed.

2 thoughts on “The Konstruktor- A DIY 35mm SLR”