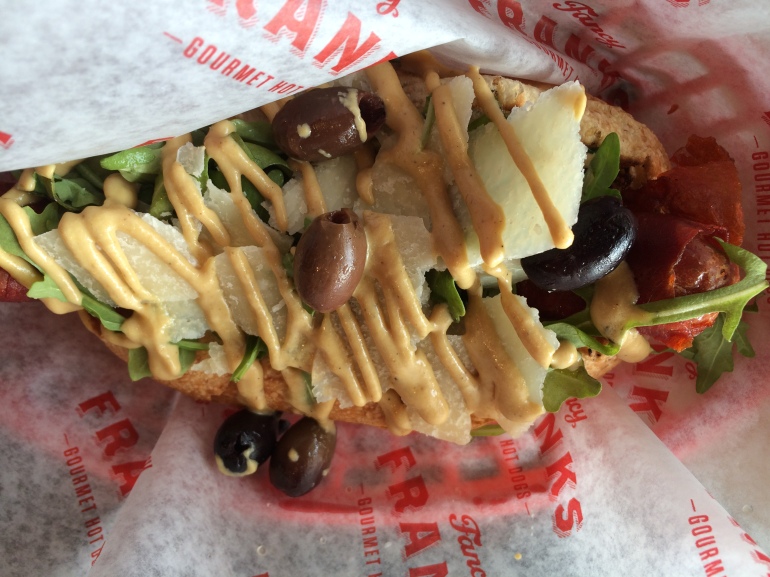 After waiting for streetcars a couple of times in front of Fancy Franks, we finally decided to go in and try their hot dogs. They have donuts and poutines too, but we thought it would be weird if we didn’t at least order a hot dog. I had the Franko Fancy-Aano (pictured above). The sausage was wrapped in prosciutto and topped with Reggiano cheese, arugula and and balsamic dijon mustard. There were various other toppings you could choose to add with it but I opted not to tamper too much with their creations and only added olives. There was a tiny bit too much mustard on my dog so it overpowered everything else but I still enjoyed it. 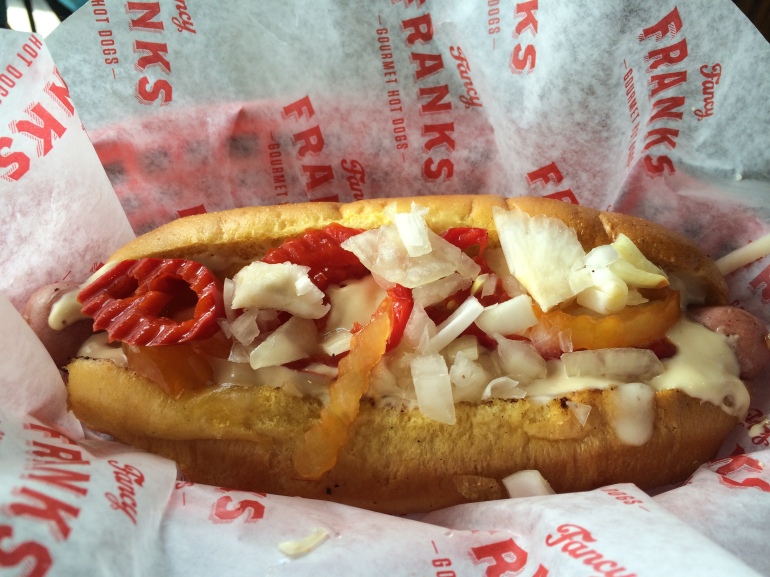 Nash had The Frankophone, which was covered with cheeses: smoked gruyere, horseradish cheddar, curds and honey dijon mayo. This was definitely a cheese-lovers hot dog. 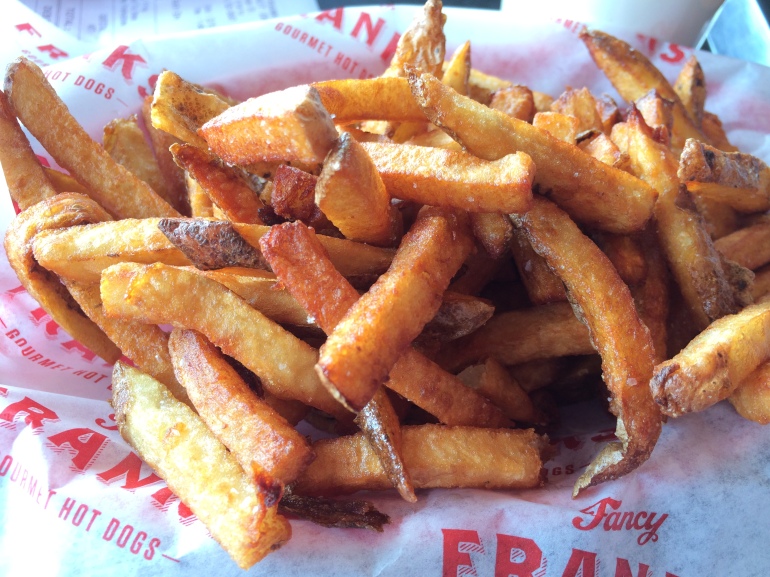 He also had a side of fries which were crispy and golden and came in a generous portion. 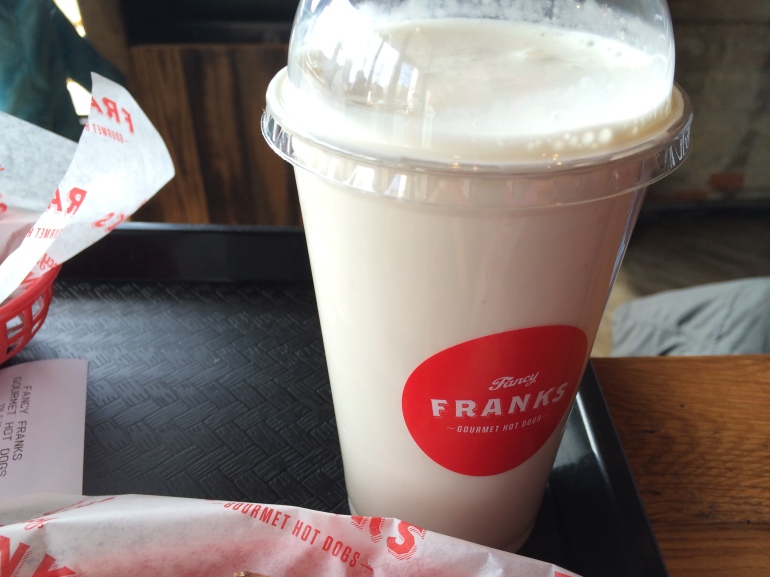 I guess Nash was having a feast because he also had a Vanilla milkshake.

If you’re craving street meat but afraid of how sanitized it is, Fancy Frank’s is a great alternative.