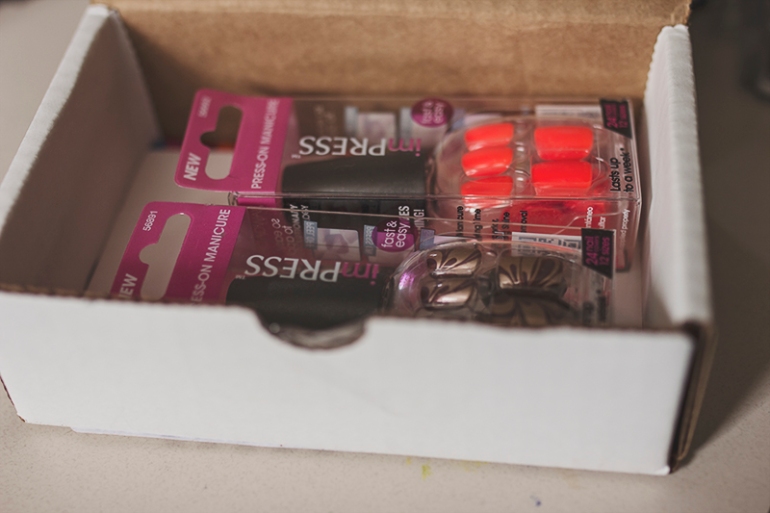 A few months ago I received my first #MapleVoxBox from Influenster, a service that is a little like Klout but encourages you to be more involved. 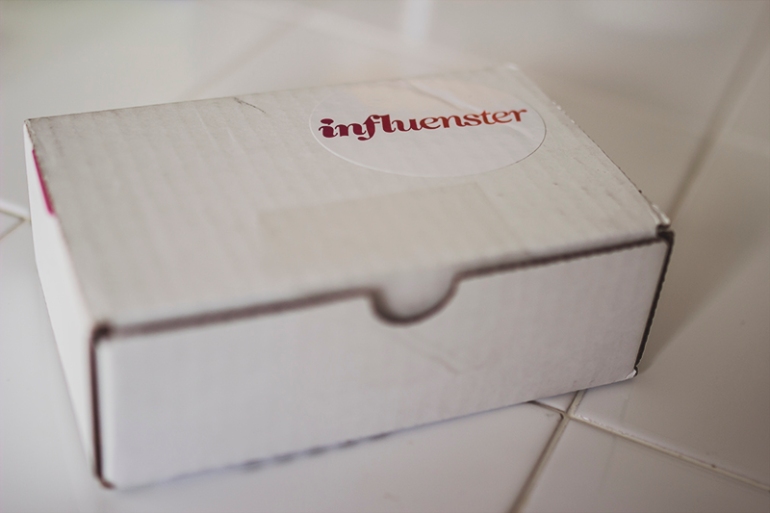 The package was mailed to me in a little box with an Influenster sticker.

This edition featured Impress Manicure’s Press on Nails. Everybody received different colours. I got a purple and gold patter, as well as a bright orange. Both were things I wouldn’t normally wear but I kept the purple and gold and gave the orange to my little sister.

Each package has 24 nails in different sizes. They’re quite easy to put on. You just peel off the back and press down on your nails. Originally, I put them on upside down because I liked the rounded edge facing up. However, the rounded edge is supposed to line-up with cuticles. You get a longer-lasting nail when you put them on the right way.

I thought they looked nice, like I had a fancy manicure. However, I didn’t really like the general “feel” of them. They constantly felt like a burden on my fingers and whenever I brushed my fingers through my hair, they would get caught or fall off. They’re nice if you lack time and want to get fancy for a night out, but not something I’d wear day to day.

One thought on “Impress Press-On Manicure by Broadway Nails”