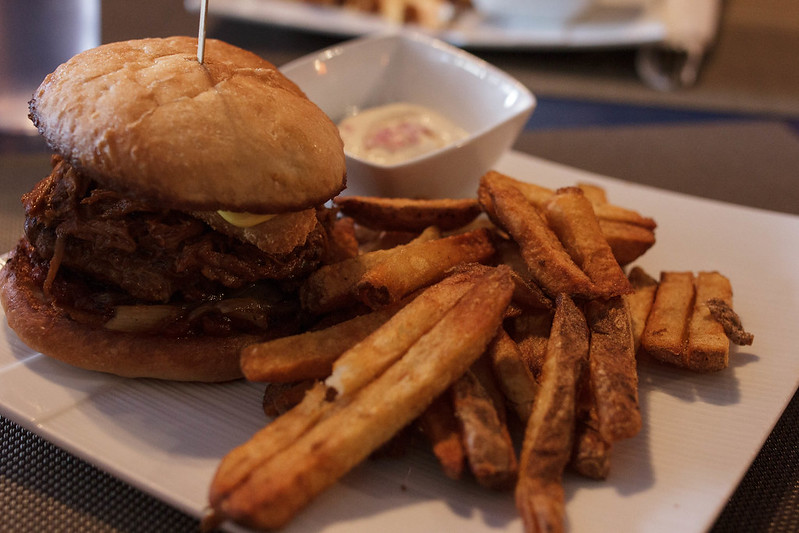 While in PEI, we did a ridiculous amount of eating and I thought some places deserved their own posts. One of these places was The Big Orange Lunchbox. 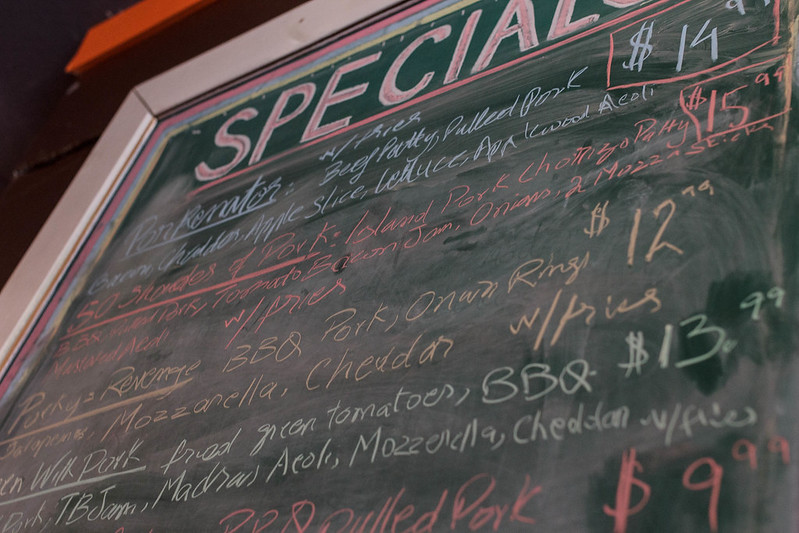 We happened to be in PEI during Porktoberfest and there was plenty of options for the pork lover here. I thought I’d go all out and get what was named as the 50 Shades of Pork (pictured at top of post). It was an island pork chorizo patty, topped with BBQ pulled pork, tomato bacon jam, carmelized onions, fried mozarella sticks and mustard aoli. This thing left me in a delcious coma but it was all worth it. 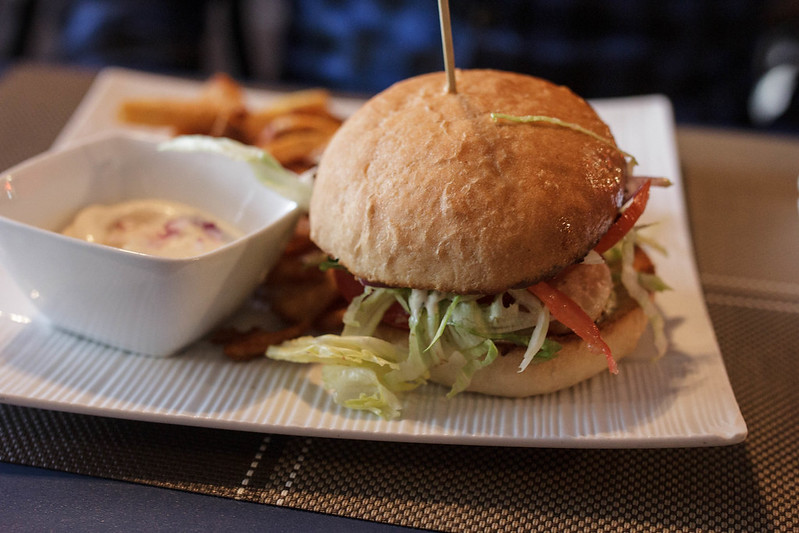 Nash and I kind of fought over who would order the 50 Shades of Pork but ultimately I ended up winning. Anyways he ended up getting something totally different and got the scallop burger. We weren’t sure if it was going to be scallops grinded in a patty or not but it turns out there were a couple of juicy fresh ones between the bun.

If we stayed longer in PEI, we probably would have visited this place like 10 more times as the menu had so many other goodies to eat!