I did it. For the first time ever, I blogged every day for an entire month. I came close a few times (in previous Januarys) but it never happened, until now. Here’s what I accomplished so far:

To get out of my own head. A lot of the times, you are your own obstacle when blogging. Hitting publish or sitting down to write a post (because you convince yourself you are tired) is the hardest part. Thoughts like “This post isn’t perfect yet” or “This sounds dumb” frequent my mind. But this year, I decided to hit publish and leave no idea unpublished.

Write first, edit second. Typing the ideas out as they come is a priority. Sometimes I’m out in public, waiting for the train and not at a computer. However, I write whatever I’m thinking in OneNote and come back to them later. Other times, I’m at a computer and write an entire post in less than 10 minutes.

Everything is an idea. Especially on a personal blog, ideas are not a problem. Everything can be a post. The food I ate, the really random thing I bought or any art work to show off. There’s inspiration everywhere. Posts don’t have to be the same and I found that variety works with the followers.

Write for me, not anyone else. This is my journal. I stopped thinking about whether a certain post would be popular. I do this for my enjoyment first and it’s a bonus if everybody else enjoys the ride too.

I’ll continue blogging every single day and continue to learn from the experience. I’m not going to break the chain and see if I can make it to 365 posts this year!

See you on the red carpet #junos

I’ve never applied to go to an award show before but Ride the Tempo was on the red carpet of the Juno Nominations!

The actual announcement of the nominations went by very quickly. There was no way that you could type fast enough on a phone to live tweet everything. Names scrolled past on a screen in an instant. Before I knew it, it was all announced. Luckily, we were handed red pamphlets with all the information

Afterward, we gathered by the red carpet and stood behind the signs of our respective media outlets. It was cool having my own spot and helping out SOCAN at the same time. I learned that connections I made while blogging translated into my job, and I was an excellent wrangler at getting artist interviews and photos.

I’ll be back for the real Juno Awards ceremony in Hamilton in March but for now you can view the portraits I shot during the nominations here.

Hey guys! It’s time for another Vlog round-up. Here’s what I’ve been up to..

I made some ribs:

I bought a new couch:

I made Reese Pieces Bars:

Whether  the corporate aspect of it bothers you or not, #BellLetsTalk day is an important one. For readers that are not Canadian, it’s a day where Bell donates 5 cents to mental health initiatives every time someone uses the hashtag. Started in January of 2011, it has become an important day also for generating conversations about mental health.

Some criticize the movement for not extending to the other 364 days of the year. However, I still think it is important. One day of the year in reflection is greater than none. Plus, it’s the responsibility of everyone to continue breaking the stigmas on mental health, not just an organization.

I vlogged last year about my own experiences with battling mental health. I still struggle with it at times but ever since social media movements like this, I was more eager to speak up. I didn’t feel like a loser. I have friends that had their own experiences and shared them in a zine.

One day is better than none. One day is a start. Today somebody could find a story that they can relate to that can change their life. So keep your damn anti-capitalist opinions to yourself.

A while back, we visited The Burger’s Priest for the first time. I don’t know why it was that we hadn’t gone there considering our burger love and the hype but I guess the Queen East location was too far so we went to the one on Queen West.

In case you didn’t know, Burger’s Priest has a regular menu displayed at their restaurant but they also have various secret options that are available for those who dare to venture.

Nash ordered The Tower of Babel (pictured above). Yes, all the burgers have rather biblical names. Between two grilled cheese sandwiches were two beef burgers, lettuce, tomato and the veggie burger deemed “the option”. Why on earth would you want a veggie burger AND meat patties you might ask? Well, their version of a “veggie burger” is a custom blend of cheesygoodness sandwiched between two portabello mushrooms AND deep fried. Yes that’s why. After eating this, you’d probably end up needing to pray for your survival.

I ordered the less scary Holy Smokes. It was a double cheeseburger with deep fried jalapenos. The kick and crunch were a very nice addition.

It was very unnecessary to do this, but I ordered the chilli cheese fries. Because why not? They were oozing with cheese.

If you ever need a serious splurge of calories. Burger’s Priest is definitely the place to be.

I literally live right beside a Dollarama and it’s a goldmine. There are plenty of great products for decent prices. In fact, a lot of my kitchen is furnished by things from Dollarama. But it also holds treasure to some products that are quesitonable and downright weird.

When I first saw the EasyFeet on the shelves, I was very amused by the box and what it claims. Is washing your feet that hard? According to the original commercial, it sure is.

After much social media coaxing, I bought it. I wanted to know if this really did make washing my feet ay easier.

Despite people having two feet, there is only actually one EasyFeet in the box. There’s a reason for this though which I will explain later. The back of the product has a pedicure-like stone texture and the rest has tiny bristles. It definitely does not have 10,000 like the box says.

The Easyfeet is pretty big in size and could probably fit both my feet at the same time. The idea is that you adhere it to the bottom of the shower or your bathroom walls while you take a bath. There are little holes at the top for pouring soap, but they are a little counterproductive since you have to bend over to aim the soap. I mean, the whole point of this product is not bending over right?

Anyways, I have been using the EasyFeet for two days. The first day I almost slipped in the shower. When too much pressure is applied while pushing down on it, it will slip. This is probably why they don’t give you two or you’d be skating in your bathtub. It’s much safer to do one foot at a time.

The bristles are very ticklish, but gentle on the bottoms of your feet. They do look like they will wear down quickly though. My favourite part of the product is the pumice stone-like thing at the heel. It works great for peeling off dead skin on the heels.

Would I buy again? While it was at a discounted price at $3, I don’t think I would buy it again. The fact it moves around in the shower makes it a little less convenient than it should be. Plus, I don’t want to die.

In October, I had the pleasure of being my best friend’s maid of honour. She lives in PEI and her other bridesmaid in New Brunswick. Since we were in difference provinces, we were assigned different colours for each of our dresses and we were allowed to pick our own style.

My colour was mint and I ended up finding a beautiful silk chiffon one at Donna Morgan. I ordered it online and it came quickly in a beautifully packaged box. One thing to be careful about in international orders (especially clothing) is any potential custom fees. Mine ended up being an additional $40 on top of what I already paid for the dress (including shipping).

I didn’t mind though because the dress was perfect. The different colours and textures of each of the girl’s dresses looked stunning together.

My sister had surprised me with the mini Christmas tree during the holidays. It was perfect for my tiny apartment. Now that Christmas is over, I didn’t want throw it out. Nor do I have much room in the closet to store it.

Instead, I decided to deem it “The Occasion Tree”. It will now reflect various holidays, or just silly themes that I come up with. Since Valentine’s Day is approaching, I decorated it with hearts. 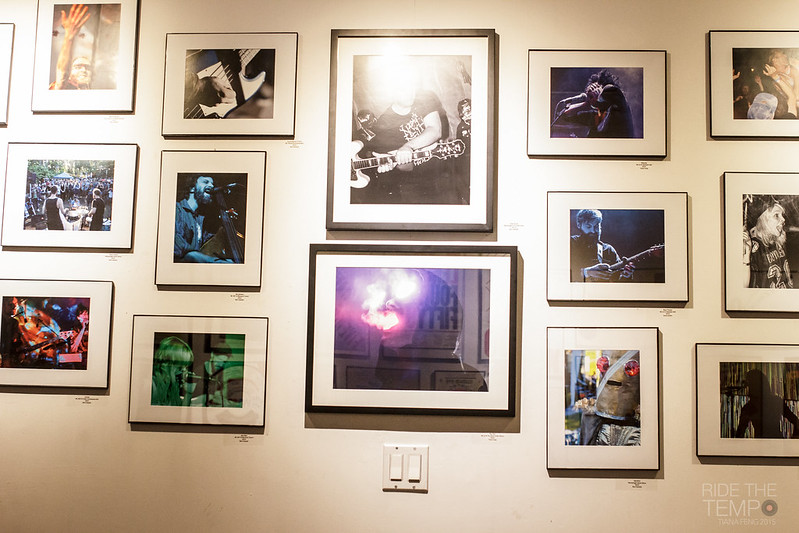 Last night was the opening of the Wavelength Pop Up Gallery where 3 of my concertphotos are currently being displayed alongside some by my friend Aviva Cohen and Sam Kadosh.

Here are 3 photos being displayed: 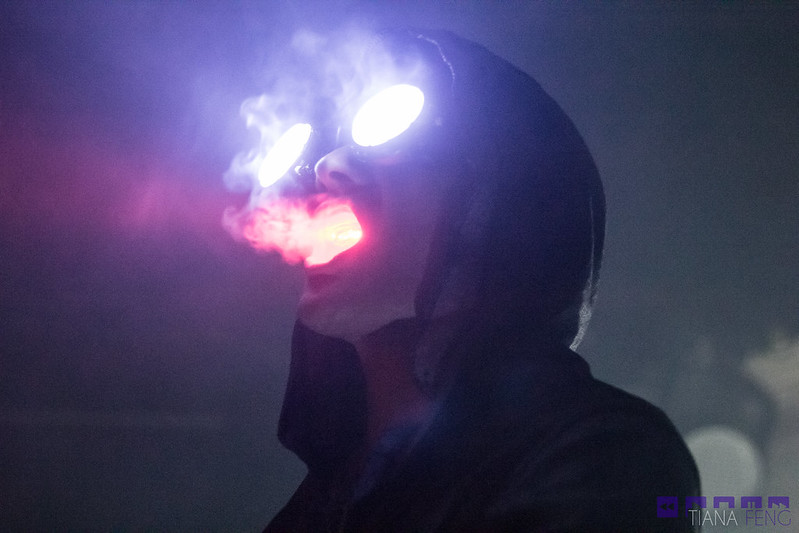 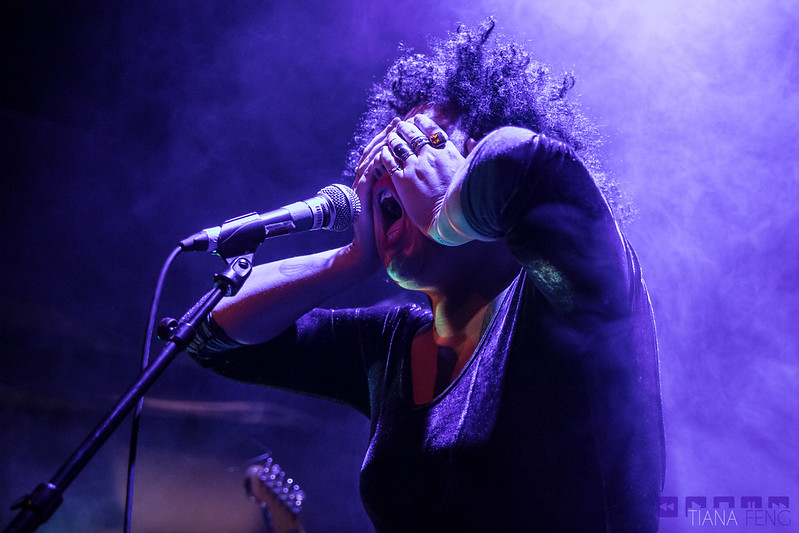 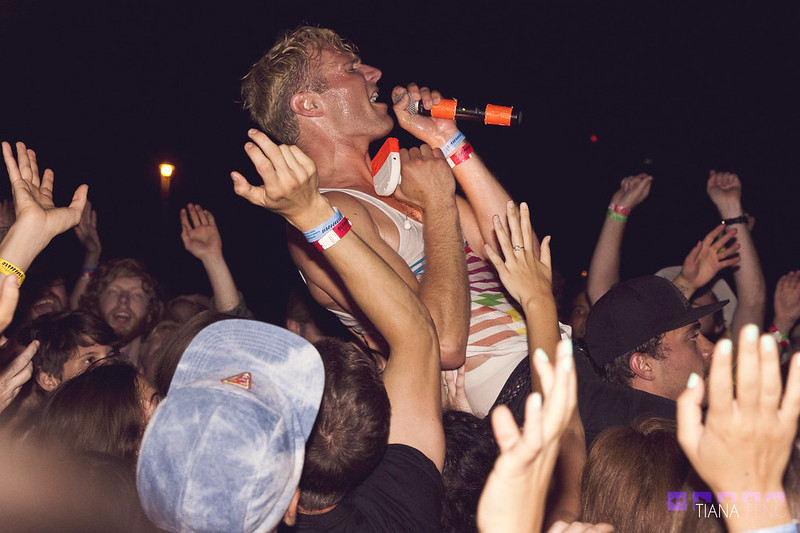 The night was well attended and all the photos, posters and artwork were well received. It was exciting (and a little bit nerve racking) to see my work so publicly displayed. They will be available for viewing until February 15th at the Hunt Club in Toronto.

I’ve always wanted to be a creative person. I always thought that it was a goal to work towards. I love buying countless notebooks, pens and art supplies to encourage myself to explore different creative avenues.

Many of those things remained untouched.

And it’s not because I am lazy, or that I didn’t have time. The reason for this artist-block (for lack of a better term) was that I was hesitant. I was waiting for the perfect idea to draw, paint or write down. I thought it would be wasteful if I used any of those supplies on an idea that wouldn’t be good enough (to show someone and/or blog about) or that I would mess up.

Now I’m realizing, it’s more wasteful that these things sit in my drawers. I won’t get better at drawing, painting, writing if I just sat staring at the things in my desk in perfect condition. I should stop fearing that I’ll “waste” these supplies, as they can always be replenished. What can’t be replaced is the time I spent thinking this way.

Just as I am challenging myself to hit “Publish” more on this blog, I will get over the same hesitance when putting a pen (paint, crayon, whatever) to paper.