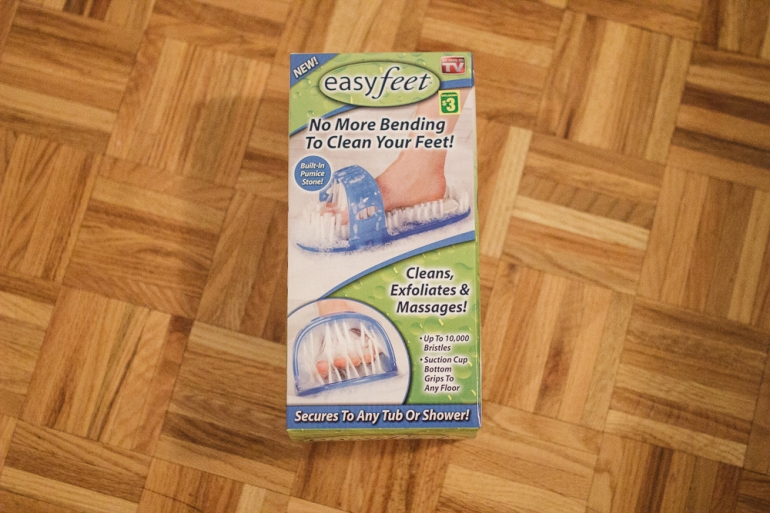 I literally live right beside a Dollarama and it’s a goldmine. There are plenty of great products for decent prices. In fact, a lot of my kitchen is furnished by things from Dollarama. But it also holds treasure to some products that are quesitonable and downright weird.

When I first saw the EasyFeet on the shelves, I was very amused by the box and what it claims. Is washing your feet that hard? According to the original commercial, it sure is.

After much social media coaxing, I bought it. I wanted to know if this really did make washing my feet ay easier. 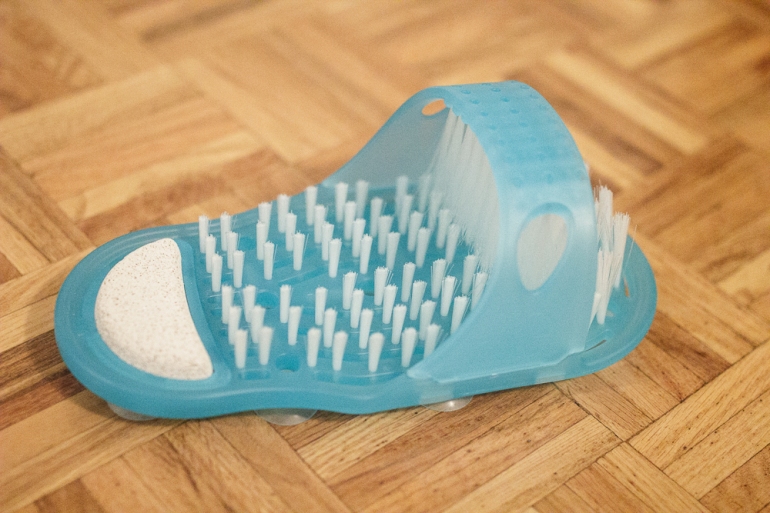 Despite people having two feet, there is only actually one EasyFeet in the box. There’s a reason for this though which I will explain later. The back of the product has a pedicure-like stone texture and the rest has tiny bristles. It definitely does not have 10,000 like the box says.

The Easyfeet is pretty big in size and could probably fit both my feet at the same time. The idea is that you adhere it to the bottom of the shower or your bathroom walls while you take a bath. There are little holes at the top for pouring soap, but they are a little counterproductive since you have to bend over to aim the soap. I mean, the whole point of this product is not bending over right?

Anyways, I have been using the EasyFeet for two days. The first day I almost slipped in the shower. When too much pressure is applied while pushing down on it, it will slip. This is probably why they don’t give you two or you’d be skating in your bathtub. It’s much safer to do one foot at a time. 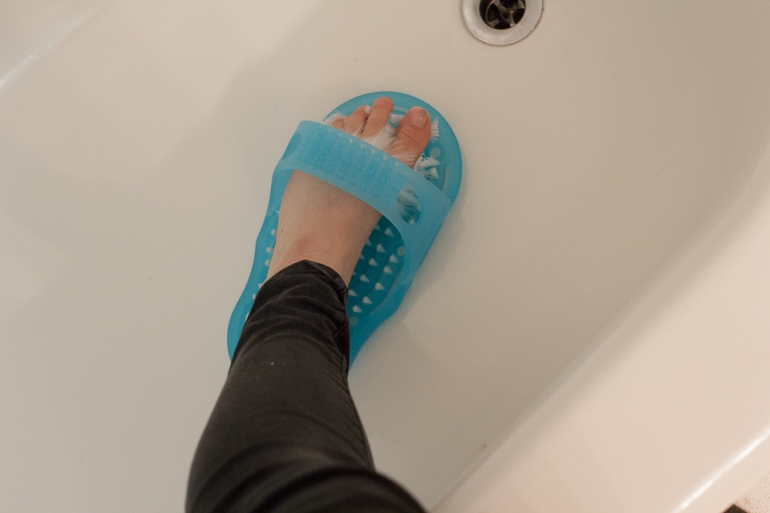 The bristles are very ticklish, but gentle on the bottoms of your feet. They do look like they will wear down quickly though. My favourite part of the product is the pumice stone-like thing at the heel. It works great for peeling off dead skin on the heels.

Would I buy again? While it was at a discounted price at $3, I don’t think I would buy it again. The fact it moves around in the shower makes it a little less convenient than it should be. Plus, I don’t want to die.