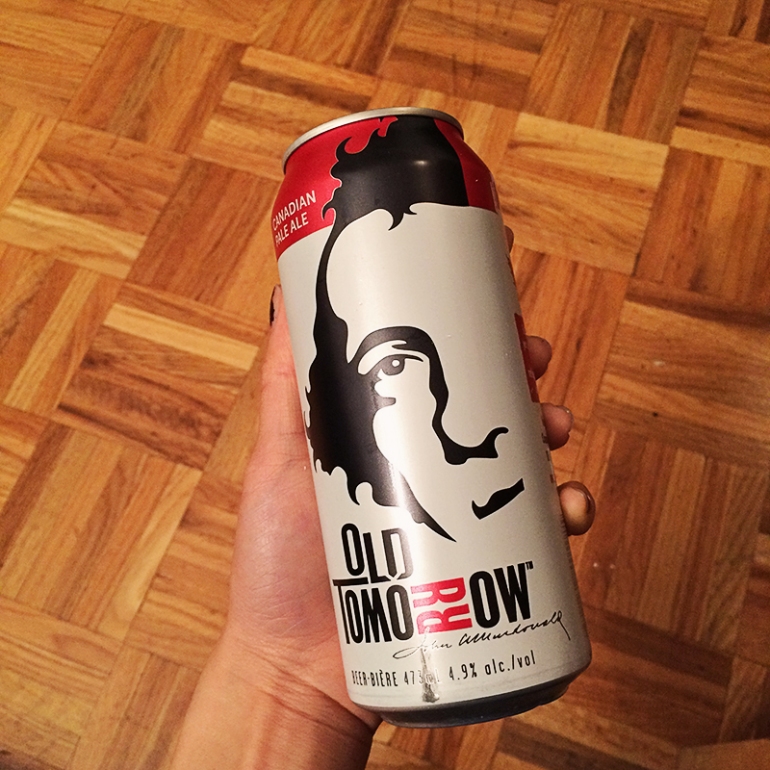 I’ve been obsessed with trying local craft beers lately. There are a ton from Ontario alone! In fact the craft beer trend is so popular that Toronto now has stores to buy your own brewing supplies. Most recently I tried Old Tomorrow Canadian Pale Ale. The Toronto ale a full-bodied brew that went down smoothly.

The other beer I had was Sawdust City’s Lone Pine IPA. It was very hoppy!

The best thing about buying local craft beers is also the fabulous designs. The first one pays tribute to the 150 year anniversary of the Charlottetown conference that triggered confederation. Constrastly, Sawdust has a more country vibe because after all it is brewed in Gravenhurst! Anyways, can’t wait to dig for more beer treasures at the LCBO.