Ramen is such a comforting winter dish, and with so many places in Toronto, I’m eager to find the best broth. I think my favourite so far is Hakkaido Ramen Santouka.

I went there for the first time yesterday because the line always looked too long, but we were lucky to be seated within five minutes. The line is mostly caused by the fact the restaurant is pretty small. It’s easier to go as two people (or less).

They specialize in Tonkotsu (pork) broths that are handmade in house. I had the Spicy Miso ramen which had chilli oil added to the broth for a spicy kick. I also added a perfectly soft boiled egg and a side of Tokusen Toroniku, their signature pork cheek that was super delicate and melted in my mouth. 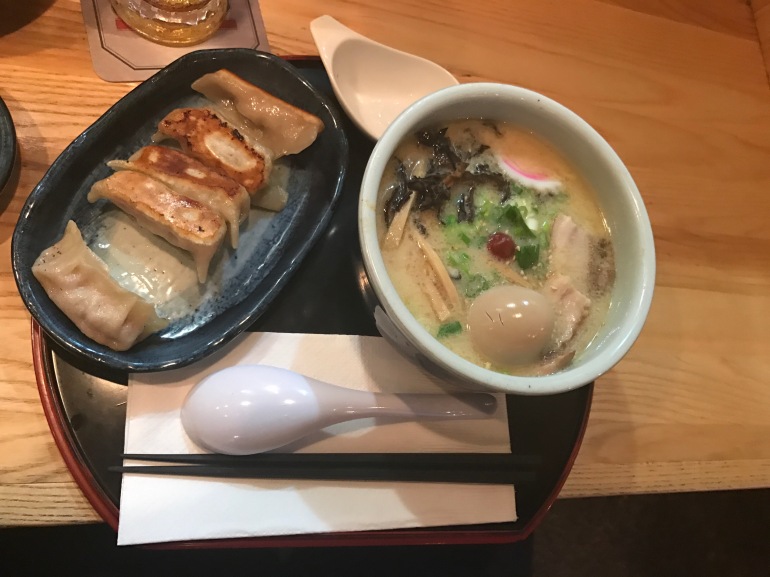 Nash ordered the more traditional Shio Ramen, which was like a warm hug you could drink. I don’t think there was a drop left when he was done with it. He also had a side of gyozas which were nicely panfried.

To drink, I tried Ikezo’s sparkling yuzu sake drink with jelly in it. I was a tiny bit skeptical of shaking it (in fear of an explosion), but it was fine. The drink is almost like a dessert.

I love pork broths and Santouka really reminded me what an awesome one is like, when I don’t have my parents to make me soups anymore!