Recently, I had a work dinner at hip pizza joint, Superpoint. We did a set menu that featured something called a Pizza Party where pies kept coming. 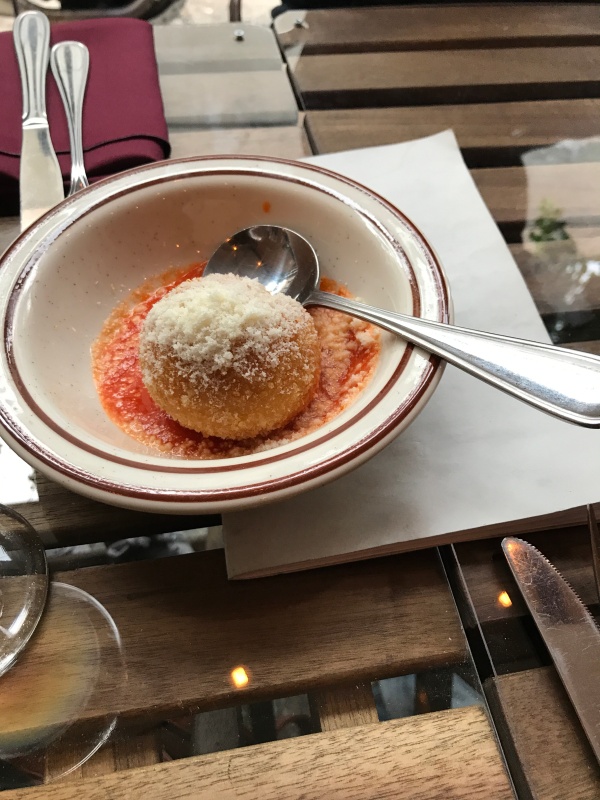 To start, we had a fried rice ball with red sauce and cheese.

The garlic bread was heavenly, it was hard not to fill up on it.

There was a radicchio, escarole, and greens salad that had grated pecorino cheese and a light vinaigrette. We found it a tiny bit too peppery. 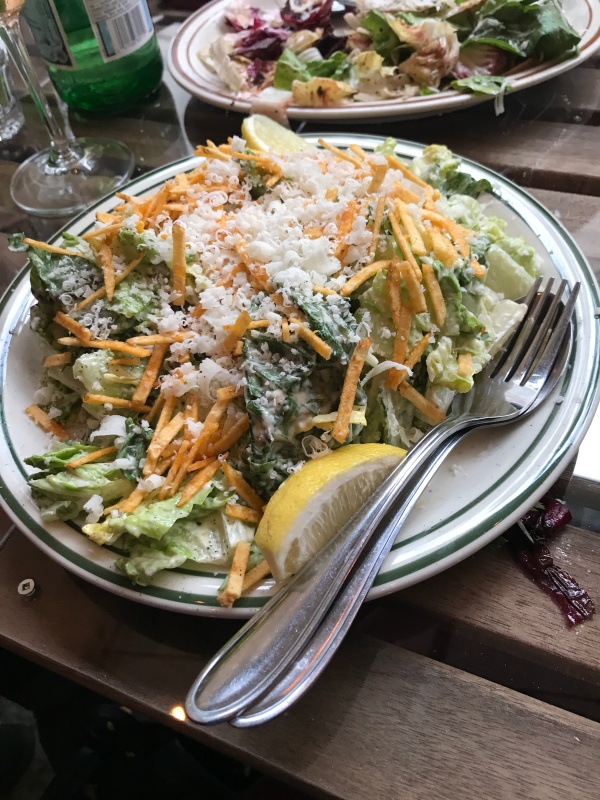 Their Caesar salad, however, was rather irresistible and everyone was quite a fan of the hickory sticks on top.

Their cocktail menu was extensive and this zombie-named drink had a flaming lime in it. 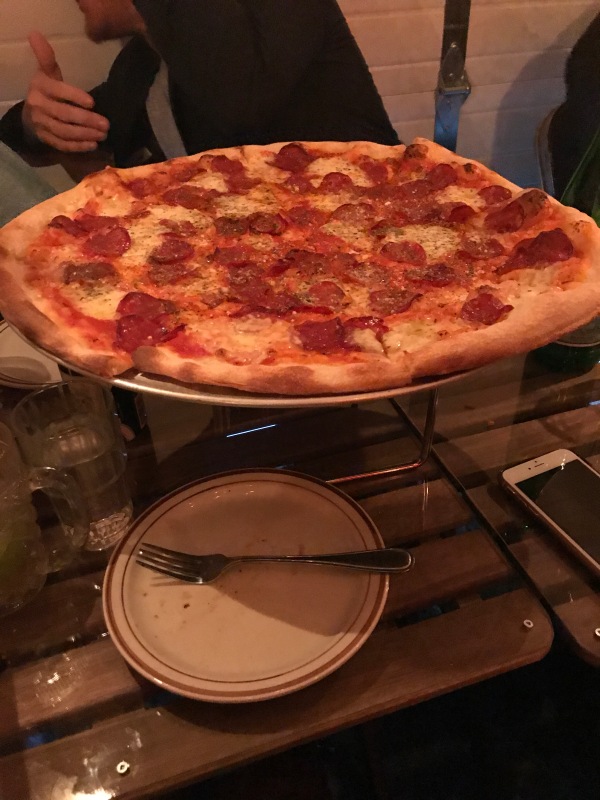 Our pizza party began with a Pepperoni pizza. Their pizzas had thin crusts, so it made it easier to try multiple.

The kale and mushroom pizza with white sauce provided a different flavour pallette between white sauces. 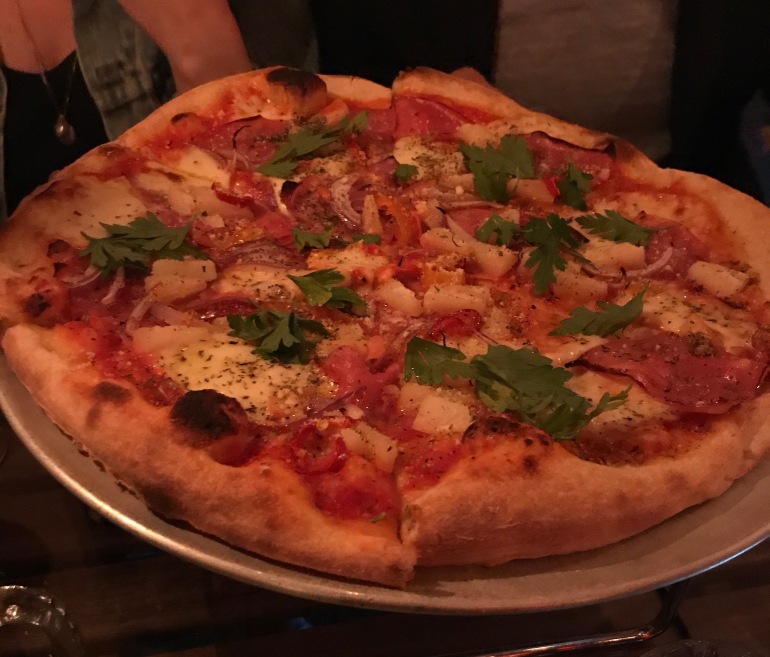 My favourite was the pie with bacon, pineapple, peppers and onions.

There was also a radicchio and gorgonzola pizza with white sauce. My photo is terrible, but the pizza was not!

Dessert was delicious fried donuts with a side of custard sauce.

I enjoyed our pizza party dinner and the back room is also a cool place to host a large group.

One thought on “Pizza Party at Superpoint”