Last month I spent 31 days not buying anything online. In doing this, I saved a lot of money. Here is a record of some of the useless things that I would’ve purchased if it weren’t for this challenge. These are not a joke:

• A hoodie built for napping

• Lego Minifigures with my face on them

• A hoodie with earbuds in it

I had previously set a goal to take a photo a day for 2016 and upload in tookapic. I did this for approximately 47 days in a row and decided that this wasn’t the best challenge for me. I wasn’t proud of my output and it became a game of quantity over quality.

Taking a photo a day isn’t as easy as blogging. With blogging you can have a catalog of ideas that you write later. Taking a photo a day requires going out and doing stuff often and something that is unrealistic when I work 9-5. Sure, I could take photos of things on my commute and at home, but that becomes stale fast.

Instead, I decided to stop uploading to my tookapic account. I pledge instead to take more thoughtful photos when inspired. Where I upload them shouldn’t matter, plus that’s what this blog is for. That way I only have one daily goal (which is to remain blogging every day) and still have enough time in my day for relaxation and exploring all other creative avenues. I’ll still take my cameras everywhere I go. Taking a photo a day was starting to stress me out and create work that didn’t inspire me.

At first I considered stopping a failure of my resolution but in reality, it’s perfectly fine to adjust your resolutions to fit reality.

I’m taking the Goodreads 2016 Reading Challenge. I set myself at 52 books which sounds insane but I’ve already read 4 and apparently that is two ahead of schedule! I’ve generally been reading a lot of autobiographies of famous people. Not seen on this list is Aziz’s Modern Romance and Mindy Kaling’s first book which I read in the last week of 2015 and am not counting.

Reading on my commutes (with my sadly broken Kobo) has taught me that I can get a lot of words in while sitting on the train. I haven’t let technological setbacks stop me from reading (I immediately bought an iPad mini). What are some of your favourite books? I’ll add them to my list of to-reads!

I decided to start a new 365 project this year (well technically I started a little bit before January). In addition to blogging, I will also be taking a photo a day. I’m using tookapic to keep track of it.

Tookapic is a site dedicated to 365 photo projects. It keeps track of how many days in a row you take a picture and even has a thing for tracking how may days you uploaded in a row. I personally decided that my challenge will to snap a photo a day with a professional camera (my x100 or 60D) but not necessarily upload it the same day. Tookapic’s “in a row” analytics resets itself when you don’t upload photos within a 2 day period of taking them, but they won’t mark it as a “missed” day. I don’t plan on missing any days, I just don’t think editing photos every day is a realistic for me.

Taking a photo will be an awesome challenge. It will help me to appreciate a moment of every day and I will have an archive of blog photos for the year.

This may be a seemingly ridiculous and easy goal but my January challenge is to not buy anything online. December was an expensive month. I did a lot of Christmas, Boxing Day shopping online. I bought things I may not have needed because the holidays gave me an excuse to be impulsive. Holidays are also when online marketing for the strangest and most unnecessary stuff is at an all-time high.

This January I will keep all my shopping offline. It will allow me to save money because it’s harder to plan time to go to a store compared to clicking on a digital shopping cart. This will also encourage me to support brick and mortar local stores, which are the future of the local economy.

The other week I was in the Distillery District and realized the Christmas market was already set up. Had another year passed by so fast already? I can’t believe I’ve almost blogged 365 days in a row. It was a feat that in previous year couldn’t even get through to the first month, but I’m almost there guys! Super proud of my best friend and I!

I have a terrible habit of drinking too many coffees in one day. I average 2-3, one in the morning, one in the afternoon and occasionally one in the evening if I know I am heading out for a long night.

The one in the morning I make at home but the others are often store bought at Timmies or some other coffee place. This can be up to $2-5 depending on where I get it from and what I get. Often I’m in it for the sugar, other times I need the placebo of drinking it to feel more awake.

I decided to consciously cut of coffee from my day. I can’t cut it entirely, though I did once for an entire month. Even a cup will make a difference in my budget as well as lower my sugar intake.

The only times I will take that second cup is when it involves some social obligations. I never believe in inconveniencing other people just because of something I am doing. So yes, I will still meet people over coffee (because tea is even more of a waste of money).

Think of how much difference even 3 days a week can make on your budget. That’s minimum $6 pocketed, $24 by the end of the month. That’s an extra vinyl, concert ticket or money that can be donated to charity. I can do a lot with a few extra dollars.

August just started and I think for this month I want to continue the optimistic outlook on life that I strove for in April. My life is sweet right now and I’m happy with how things are. I have had so many adventures and there are still many more to come in the next few weeks.

Tonight, I’m just chilling and having ice cream with the boyfriend! Everything is perfect.

How do you unwind? Sometimes it’s watch some Netflix. But lately my thing is eating Popsicles in the bathtub. How about you? 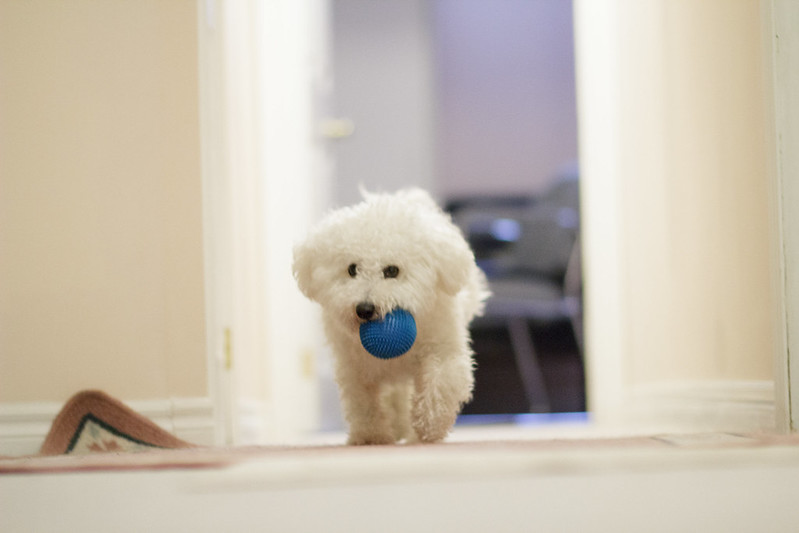 This weekend when I was home, I weighed myself on the scale and I realized that since moving out I have gained a little weight. It’s nothing detrimental but it made me realize that I need to make an effort to be more active if I want to stay healthy without changing my eating habits. I’d rather die than do that.

Instead, this June I’ll consciously include more physical activity. June is busy as it is with music festivals so that will already involve a lot of standing and travelling by default. I’ll take longer walks and avoiding taking the bus when I’m heading to places that are a reasonable distance away. Maybe I’ll even take the stairs at work (to my 6th floor desk). I’m not about to go to the gym but it doesn’t hurt to make tiny little improvements!