A few weeks ago, I attended my first Canzine, a zine and underground culture fair in Toronto hosted by Broken Pencil Magazine. There were a lot of things for sale from indie publishers including zines, comics, prints, posters and more. It was an inspirational experience and motivated me to want to maybe create something for Canzine 2015.

I did however contribute a comic to Static Zine‘s “Milestone” issue which I was lucky enough to pick up in colour! Static is put together by some good friends and contains all sorts of stories and art based on the issue’s theme.

I received this adorable drawing by comic artist Sam Noir. 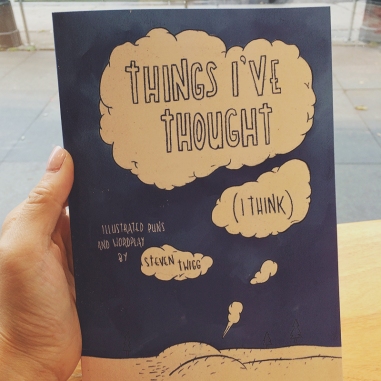 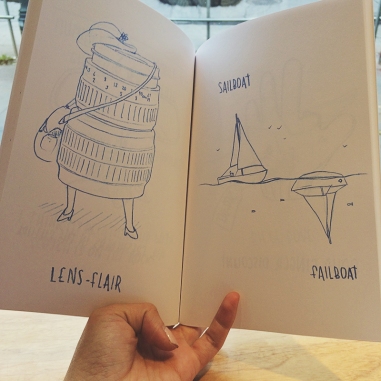 On our way down the stairs, we were approached by a strange man selling comics from his trench coat. His name was Steven Trigg and his book “Things I’ve Thought” are illustrated jokes that are so lame they are awesome. Nash ended up buying a copy.

If you’re interested in zines and pretty paper, one of my friends write a great blog about them called Paper Trail Diary.