Now that my sister’s wedding is wrapped up, I’m finally getting mine rolling. It’s only 6 months away and I finally designed Save the Dates thanks to the help of Paperless Post. 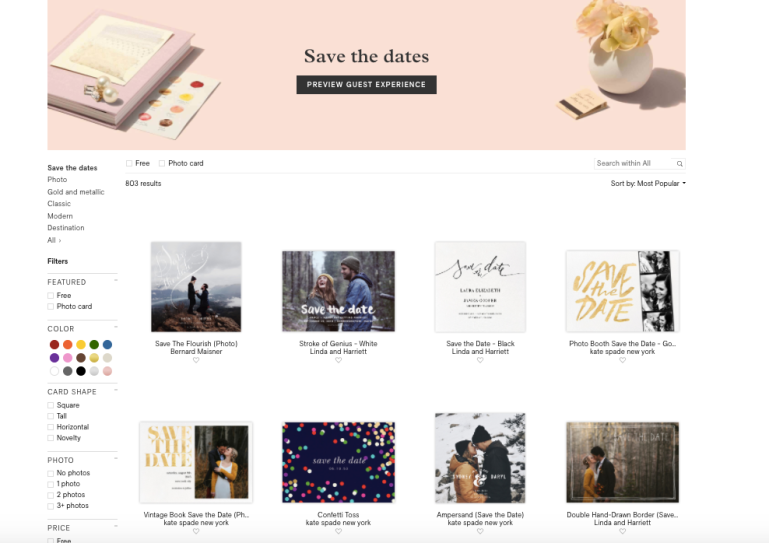 They had a library of professionally designed digital cards. I didn’t want to waste paper on sending people paper cards when most people have e-mails and older family members I’ve already verbally told the date.

I ended up choosing a design like this and a fun photo from my sister’s wedding where we caught both the bouquet and the garter. There was a lot of customization options including envelopes, photo filters, fonts and more.

Digital save the dates are also a great way to ask for more information and we’ll be combining this with Postable to build an address book. Paperless Post has this function too, but I enjoyed the layout and functionality of the Postable one a bit better.

I’m so excited to have finally made these and now the countdown clock begins.

At Canadian Music Week this year I’m partnering with Lisbon Lux Records to bring some artists from Montreal to Toronto for the first time! Radiant Baby, Paupière and Das Mörtal have never played the city before, so let’s give them a warm welcome among some other great acts!

I’m presenting a show January 20th with Exclaim! as part of their 25th anniversary and Silver Dollar’s Class of 2017 series. Find out more on the Facebook event page!

I helped book this semi-last minute super cool show at The Silver Dollar on Wednesday, September 14th! Come out and dance with us . 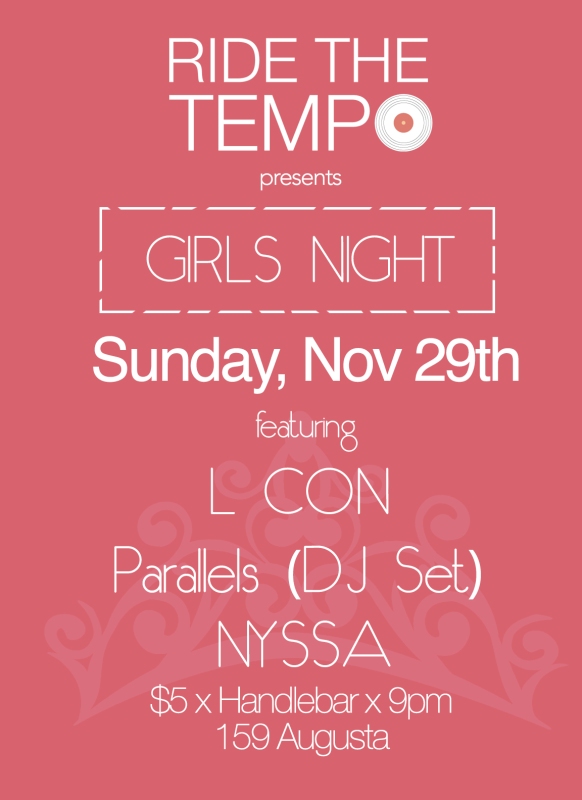 For the first time ever I’m presenting a show as Ride the Tempo. I have always wanted to host a show but have been a bit reluctant because I was scared that it wouldn’t go perfectly, or that people wouldn’t show up.

I finally decided to take the dive when I was offered a slot at The Handlebar. A lot of work goes into organizing a show. Thinking up a theme, finding and securing artists, posters, press releases and I’ve been doing it all while holding my full-time job (which itself has some insane events during non-work hours, but that’s another story).

So far,  I’ve received an overwhelming response and support from the music community I’ve surrounded myself with. I’m happy to have said YES to this opportunity. We all have to jump into the unknown occasionally to grow as people.

Quick post again today before I head out to another day of CMW events! Yesterday I attended this mysterious event I was invited to by Fido. I didn’t really know anything besides that the hashtag was #GetCurious and I guess I was curious to make the trip to Parts & Labour.

There was a lot of cool art that hung about and everyone in attendance looked like they were part of the (visual) artist community.

I stuck around for one drink before I had to head out. It came in this cool mug we were allowed to take home (but I didn’t because I was heading to a show and I didn’t think it would be allowed in.)

Part of the night’s announcement was that they would be sponsoring Bestival!

I love that brands are seeing the value of music and partnering with festivals and bands! 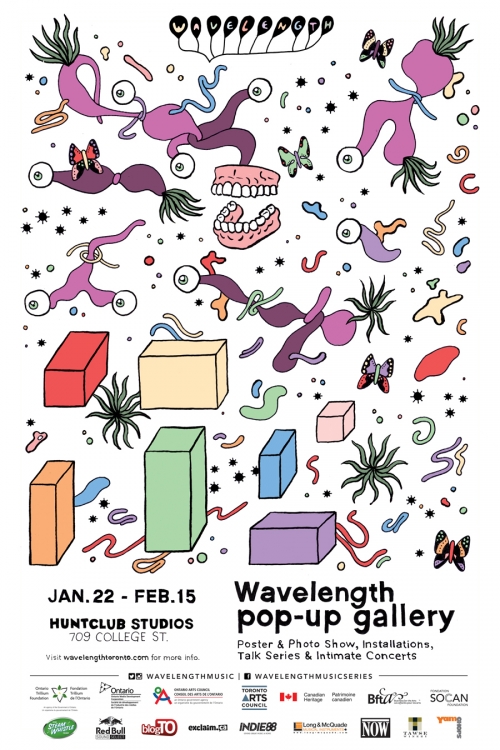 I’m really excited to announce that some of my concert photos will be featured in Wavelength Music’s upcoming Pop-Up Gallery!

The gallery features posters, installations, talks, intimate concerts as well as photos. My shots will be featured in the photo show deemed “PRESENT” featuring images from 2013-14 Wavelength events.

There’s a free opening party on January, 22nd at 8pm! See you there :)

Thanks to Klout and Chevy Canada, I attended the Canadian International Autoshow. 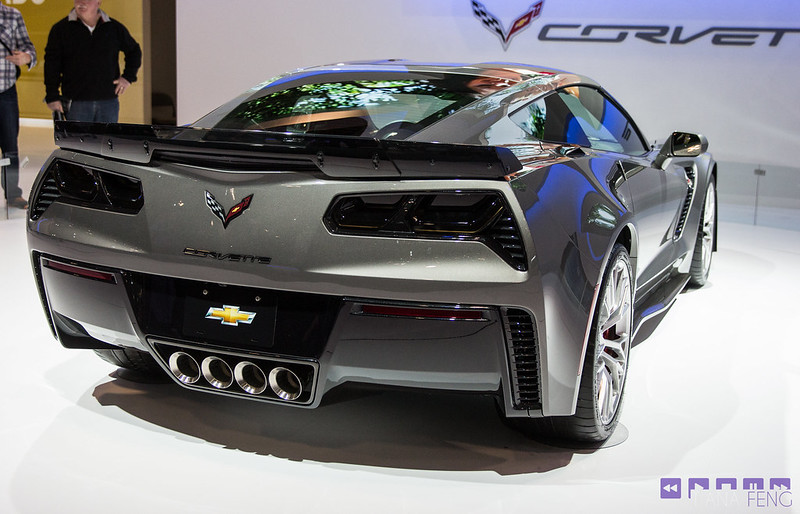 I made Nash go with me, and our reaction was a unanimous “OMG SO MANY CARS”. We’re not really “car” people and it’ll be a while until we both decide to purchase cars. 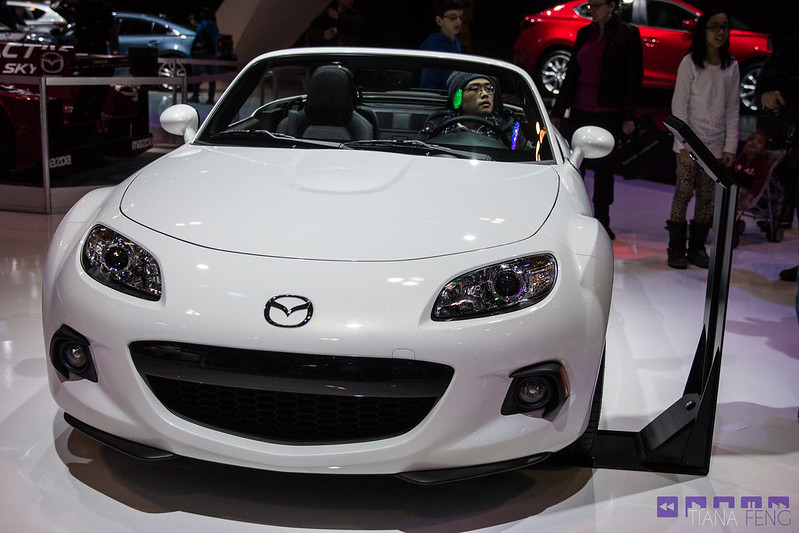 There were cars from every make and model including this convertible which Nash called the girliest car ever because of its tiny size.

This concept car of the future is motion controlled, which seems cool but in reality seems like it would be less efficient than a steering wheel. 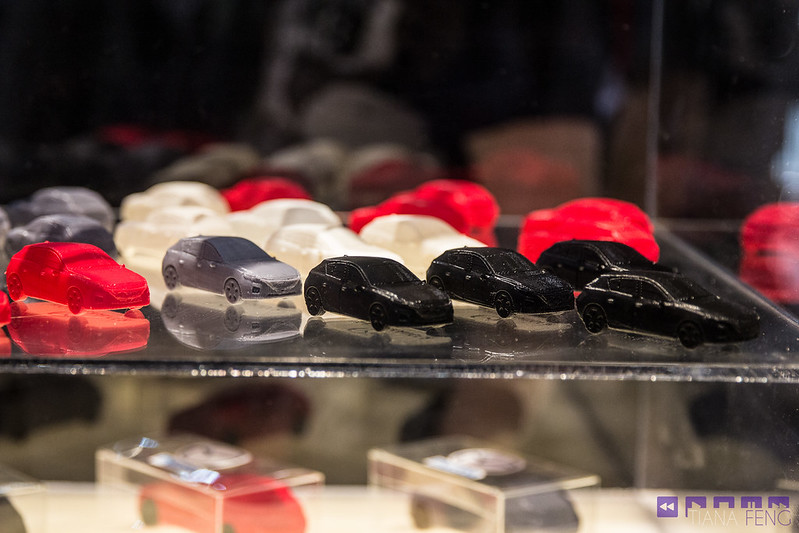 I saw a 3D printer (a Makerbot) for the first time printing some mini car models!

Since the Klout perk was sponsored by Chevy, I received some sweet swag which including a power bank for my iPhone and a Klout pin which allowed me to skip the line for the Camero challenge. You can watch me completely fail at the challenge in my vlog. I love the power bank, it’s the most useful thing a brand could give out because everybody has a phone that occasionally needs emergency charging! 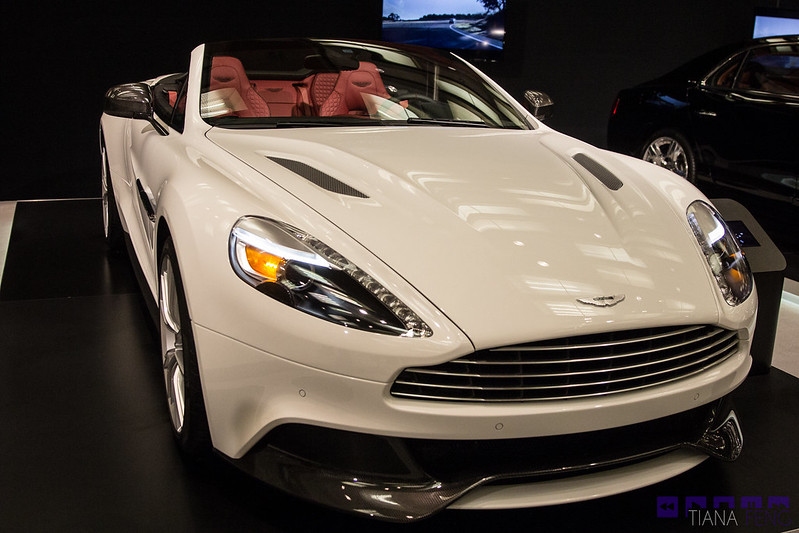 I’m glad we went to experience the autoshow. I think it’s a great place if you’re looking to buy a car and want to try all the brands out. We saw many people getting in cars and testing the feel out. Entire families went in the mini-vans. When I happened to pass by Union Station on Family Day, I saw dad’s headed to the show with their little sons. That’s such an adorable idea for young car lovers! 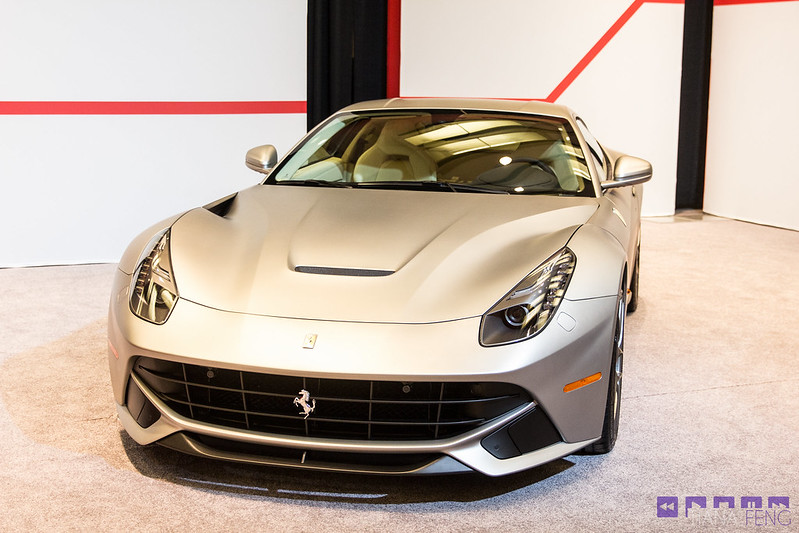 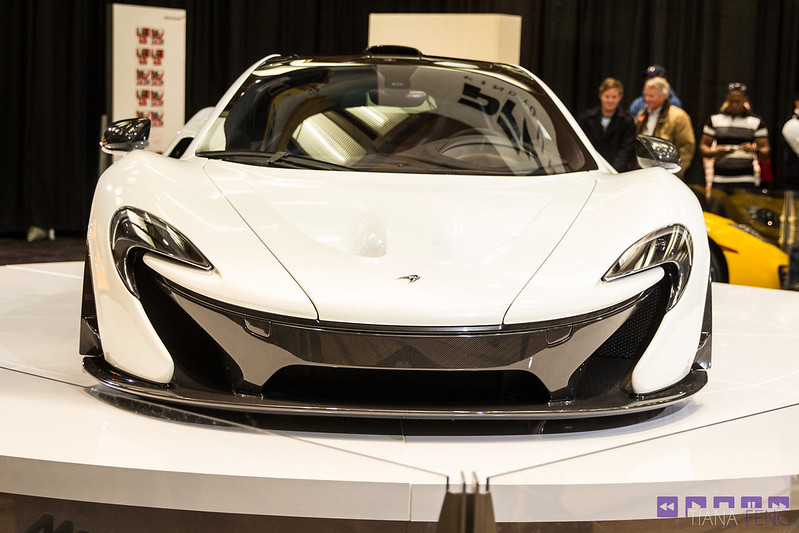 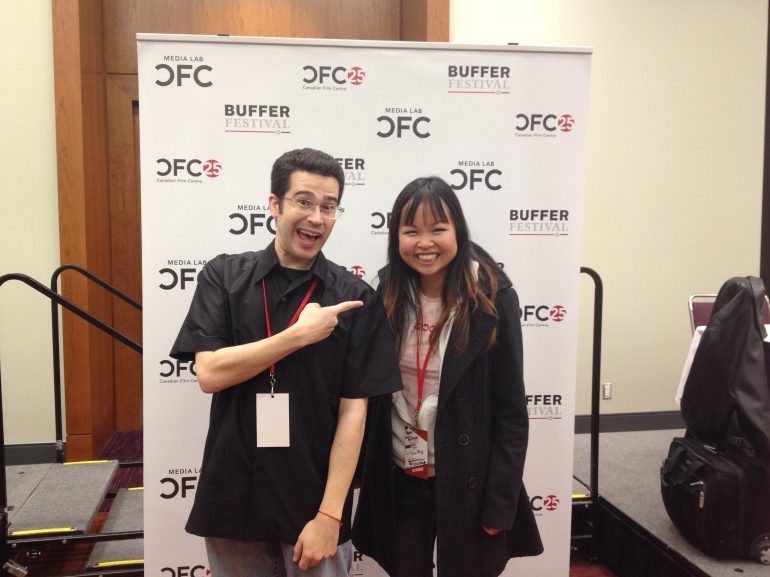 This weekend was Buffer Festival in Toronto, the city’s first ever Youtube film festival. Personally, I haven’t participated in the Youtube scene until recently, but when I found out Chris Pirillo would be in Toronto I jumped on the chance to meet him.

I actually found Chris originally on Twitter in the social network’s early days. He was a recommended follow (and he followed me back!). I checked out his social feeds and was enticed by his wacky personality and had been watching his videos ever since.


His Buffer Festival panel, which took place inside the CN Tower’s Maple Leaf Theatre, was about tech on Youtube. The main point to take away was that tech is an enabler, not a destination. He also did a Youtube livestream review of the new iPad Air right in front of us. It was cool to see how the whole process worked and how reading comments could be rather addictive.

After the panel, we met in the meetup room at the Metro Convention Centre and he signed my GoPro. I figured that would be the most appropriate since he was the one who had influenced me to vlog in the first place. The real fun started when the planned meetup was over and a few of us gathered together to have lunch with Chris! We all had different stories of how we discovered his videos. It was fascinating to learn how his videos had touched all of our lives in some way. He actually shared this in his vlog (life goal achieved)!

Through Chris I learnt that when creating content (Youtube or elsewhere), to always be myself. He’s made a living through just being himself and I hope that’s something I can achieve too, to just do what I love.

Of course, here’s my vlog of the day:

On Saturday, I attended Scotiabank’s Nuit Blanche, the all-night art event in Toronto. I’ve been a couple of times in the past few years but never into any of the museums. This year, I checked out the Bata Shoe Museum and the Art Gallery of Ontario along with the weird Nuit Blanche exclusive exhibitions. Here are some of my favourite photos from the night.

My full Nuit Blanche set can be seen on Flickr.