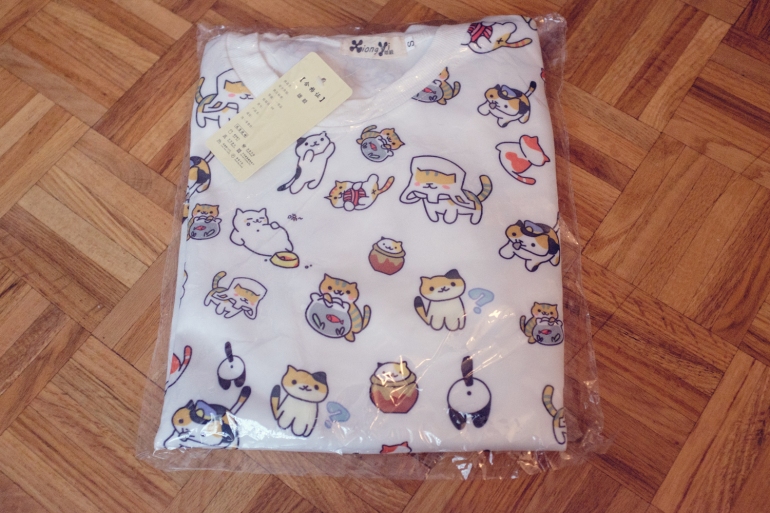 I totally forgot I ordered this off eBay until I came home to it in the mail. It’s a sweater full of kitties from Neko Atsume. 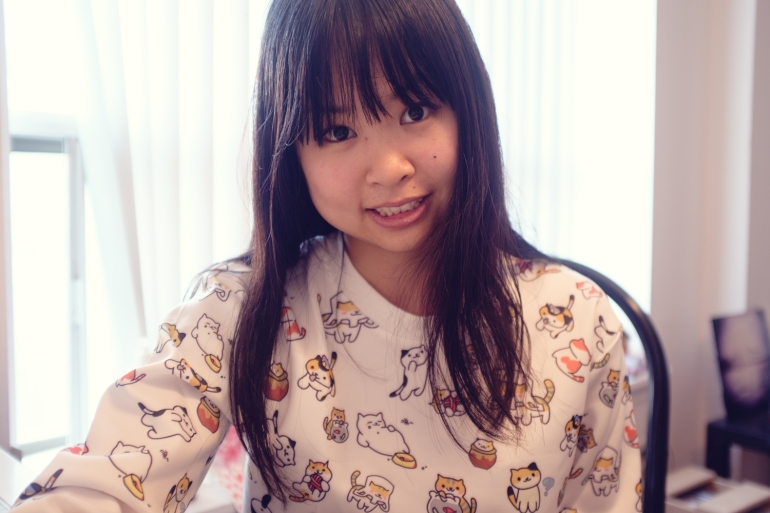 LOOK AT ALL THE KITTIES. 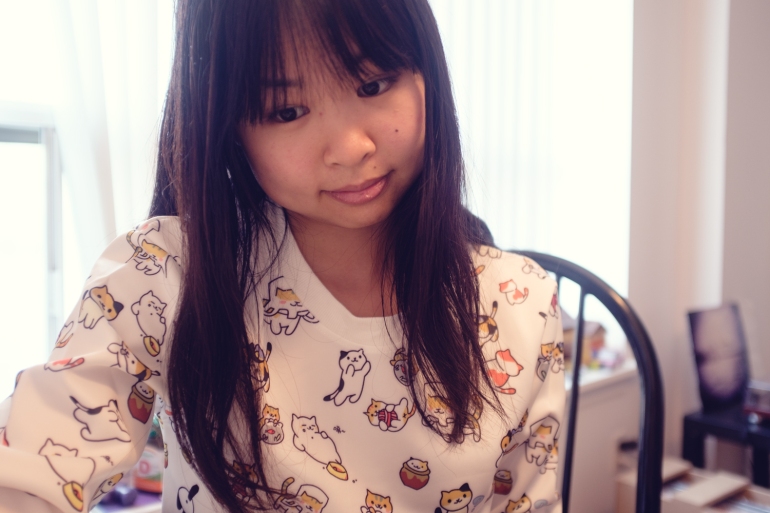 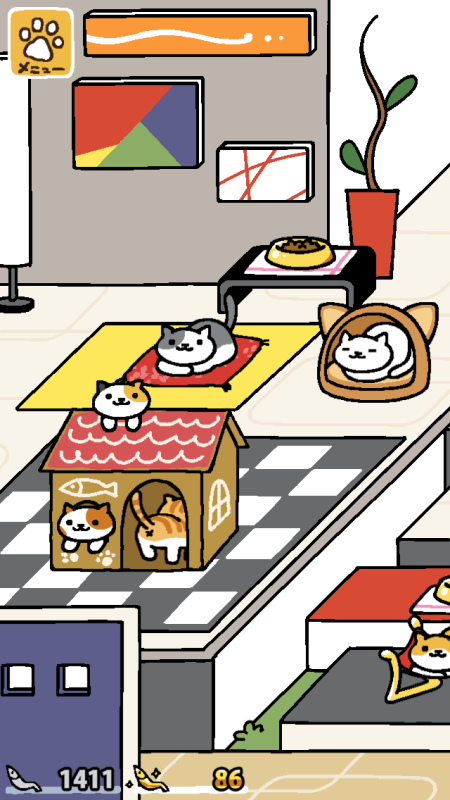 I joined the recent craze of collecting cats on my iPhone via the app Neko Atsume (available for both iOS and Android). The game is entirely in Japanese but it’s self explanatory if you use common sense. There are also plenty of game guides out there that teach you all the secrets. 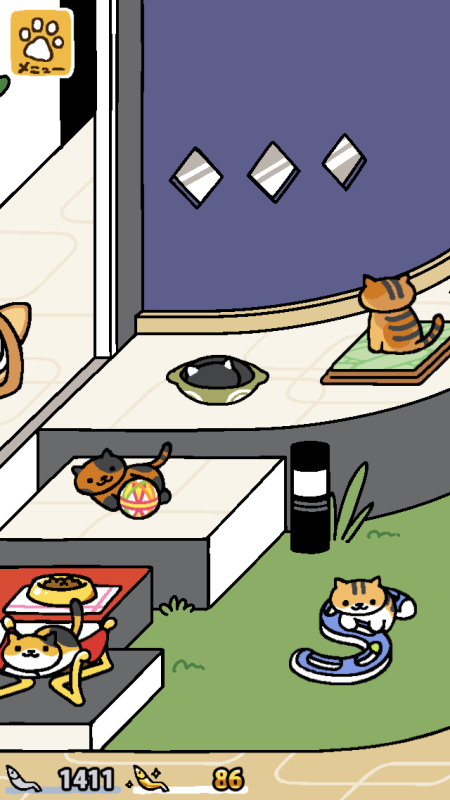 The game isn’t really one you can keep playing for hours at a time. It’s something you can come back to whenever you want to check on your cats (they won’t die). The premise is to lure wild cats with toys, food and more. There’s a diary that keeps track of all the cats you’ve seen and “photos” you’ve taken of them.

When the cats like you enough they will bring gifts like feathers. In game money is two different kinds of fish. A gold and silver. The gold ones are premium money which you can buy with real money. However, I found it super easy to gain without spending a dime. Money can be used to buy items such as food and toys as well as expand and decorate your house/garden.

So what are you waiting for? Why don’t you start collecting some cats?