I found these at a Japanese festival in Mississauga and I could not resist buying them just for the packaging. 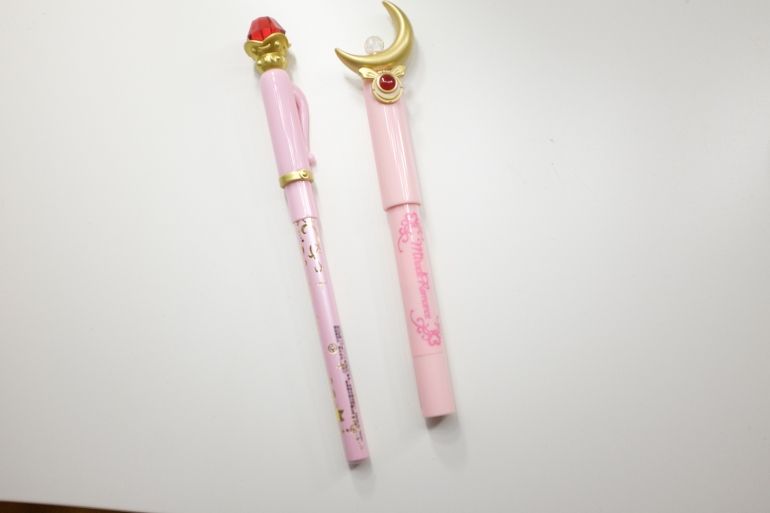 They look just like the wands on the show, but are secretly an eyeliner and a lip stick

The lip colour I bought was a soft pink and the eyeliner is a black pencil. 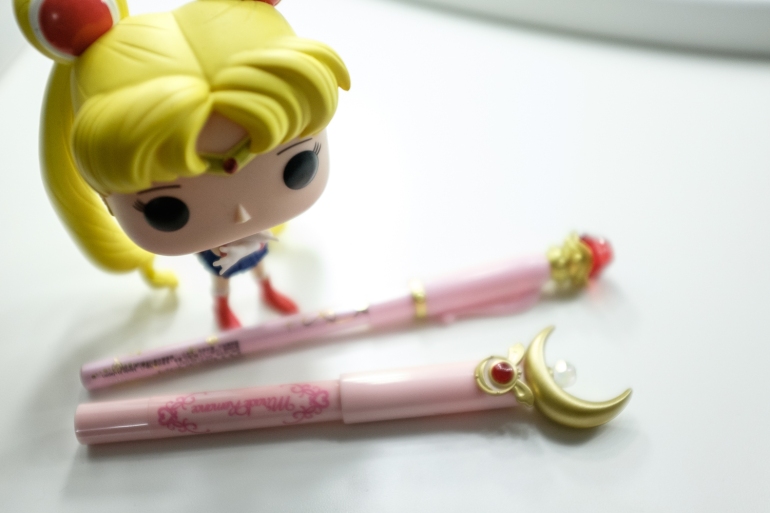 Look how cute they are! There are other pieces of this collection but they are rather hard to find or too expensive in Toronto. I haven’t actually used them yet, so I can’t tell you how the quality is but they’re fun to collect.

Inside, there is an Artemis and Luna pattern. I love finding things that are both nerdy and fashionable at the same time! 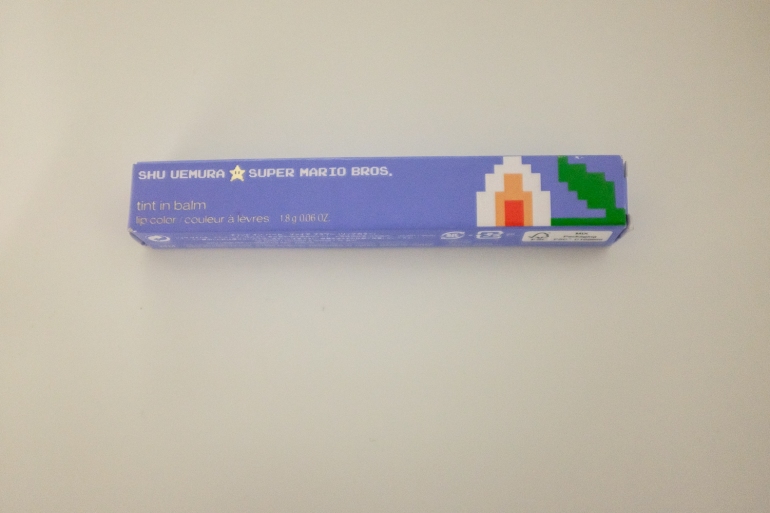 The Shu Uemura x Mario limited edition was so irresistible that I couldn’t not get this Fire Flower lip balm before the whole collection disappeared in store. 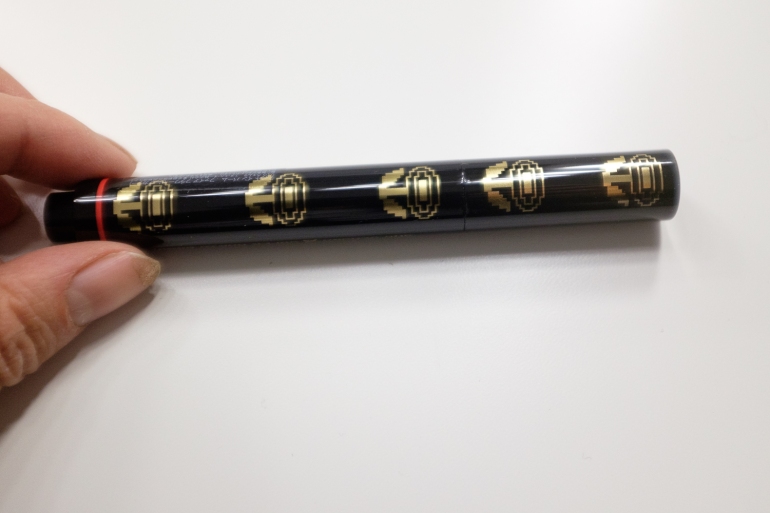 The packaging is adorable and has the flower it is named after!

The colour is a nice pink-ish red. 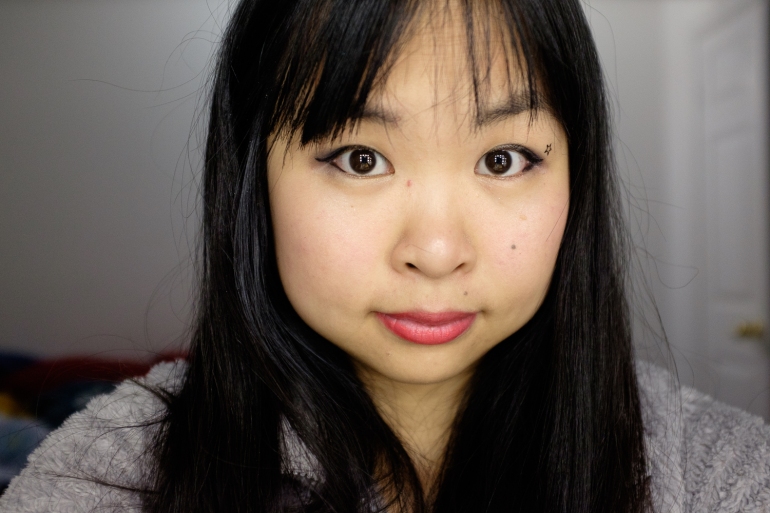 On my lips it was moisturizing and pigmented. I was actually surprised that even through some drinking that it had staying power. Especially since this is meant to be a coloured lip balm!

I tore my previous iPhone 7 Plus Gameboy Case. I took the opportunity to buy a new one on eBay. I always loved the Pokémon Gameboy Colour from the 90s and I thought that would be the perfect look.

Got a new phone case ~ 😺#pikachu

On Friday I received my November Loot Crate! As a Canadian looter, this was the first time it arrived before the month was over and any spoiler newsletters were sent out. This box was particularly heavy. You can watch my video unboxing here or read about the items below.

The theme of the month was Celebrate, which was appropriate since the Holiday seasons are upon us. 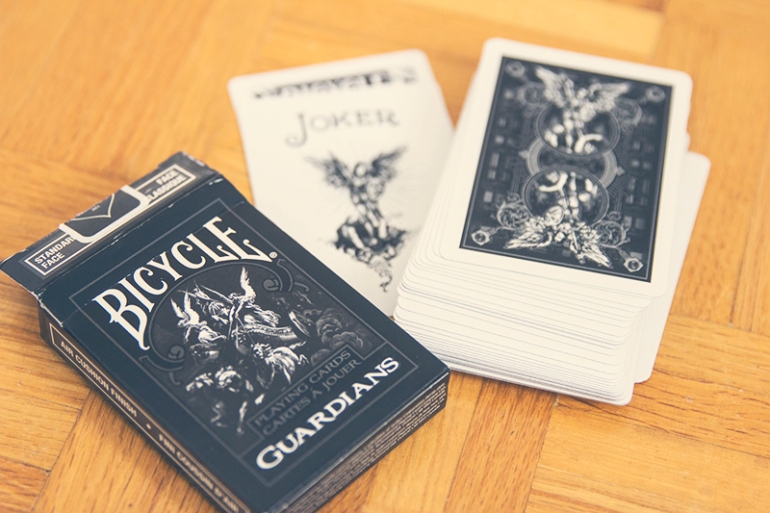 This month looters received random sets of playing cards. Mine happened to the Bicycle Guardians set. The dark colours make them the perfect mystery for magic tricks. Originally I thought they were inspired by Magic the Guardian, but they are based on ancient scriptural art.

It wouldn’t be a celebration without balloons and Loot Crate had us covered with this Tardis design. There was also this matching sticker, to turn every space into a public phone booth.

The most mysterious thing was the BFAST Shake. It’s the new breakfast on the go. 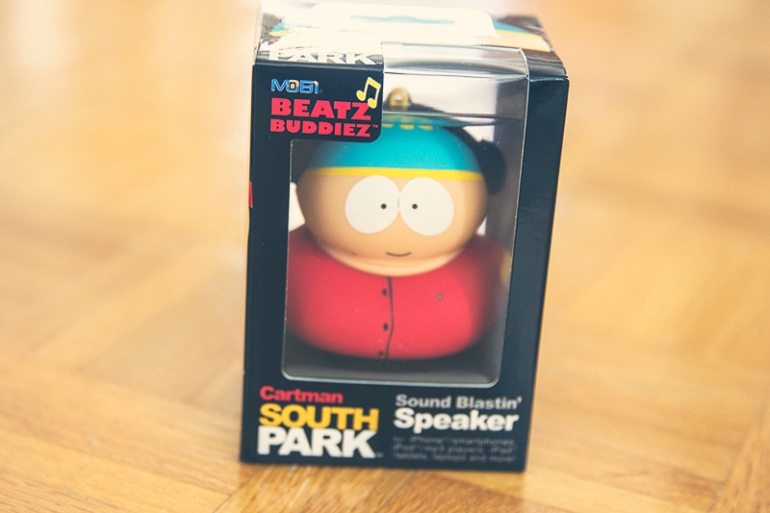 A party is not a party without music, and speakers to play them on. This month’s crate included these adorable South Park ones at random and I received Cartman.

Loot Crate came through with their promise of bubble wrap. They were to protect this last item, a literal shot glass. A proper celebration needs some drinks!

I’m excited for the December one (it is Christmas after all). It’ll probably sell out like last month but you can still sign up at: http://mbsy.co/lootcrate/176357 with $3 off! 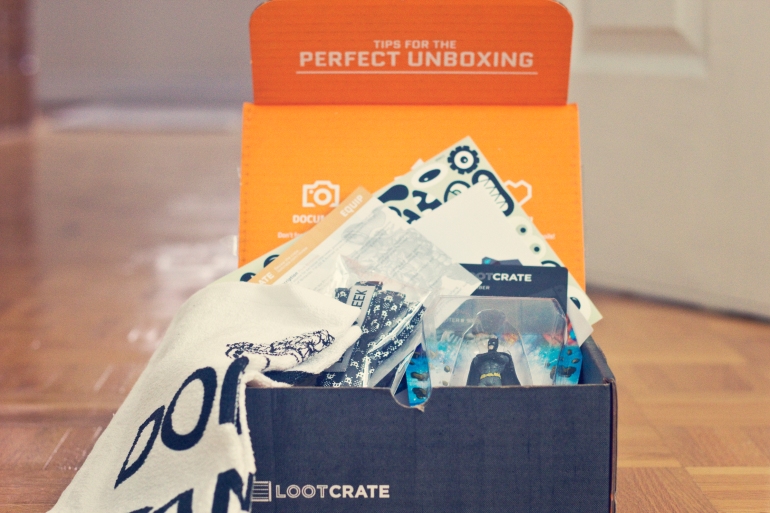 I was so excited when I found out that Loot Crate started shipping to Canada that I signed up right away. It’s a monthly subscription of nerdy gifts to your doorstep. It’s $19.99 for US residence and $29.99 for Canadians. Each month the boxes have a theme. May’s theme was EQUIP. 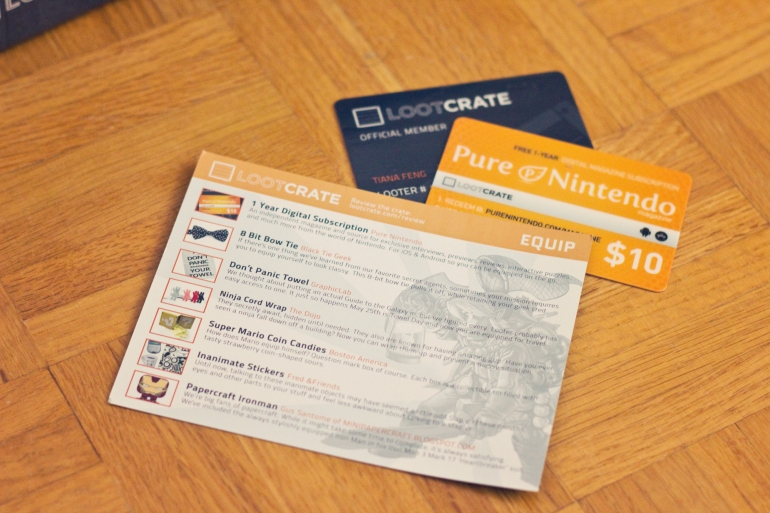 Inside the box was a card that explained all the product’s relationship to the theme. I also received a membership card since this was my first crate. There was also this $10 digital subscription to Pure Nintendo for iOS and Android so I could be equipped with nerdy news on the go.

This ninja by The Dojo is for wrapping your tangled earphones. I assume I received pink because I registered as a female. 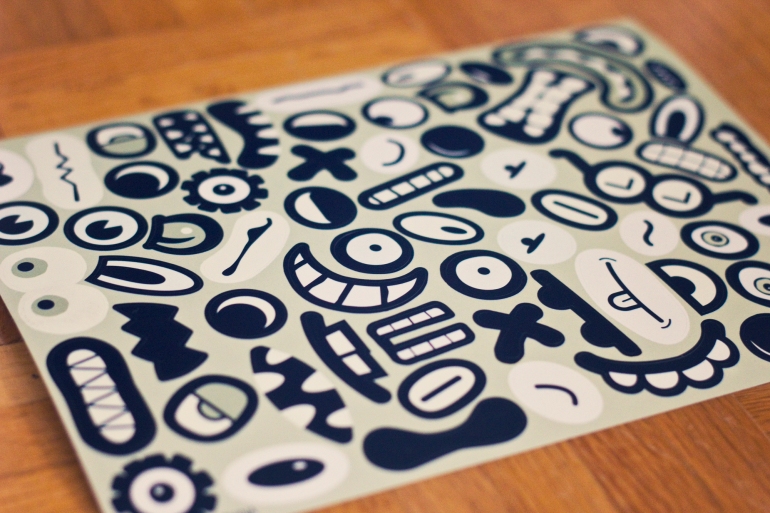 These stickers (via Fred & Friends) are for making your inanimate objects come to life. Hmmm.. maybe now I won’t look so crazy talking to my computer.

I think my boyfriend is going to love this 8-bit tie from Black Tie Geek. 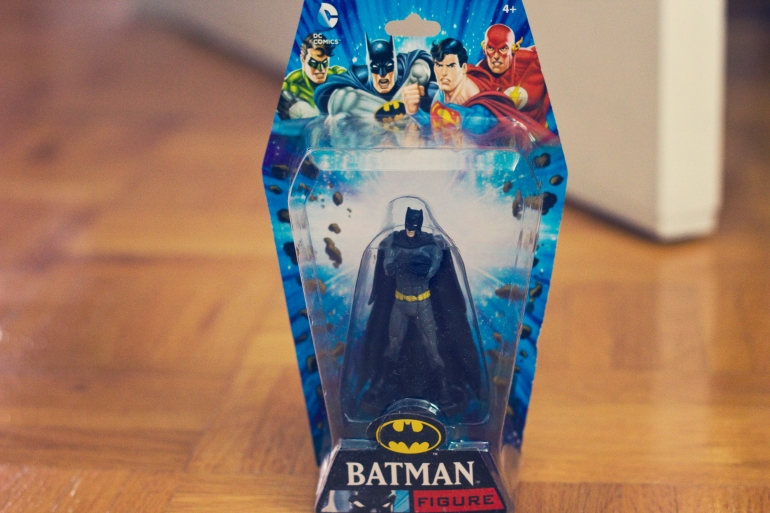 The box contained a DC figurine at random (The Flash, Green Lantern and The Joker) and I was lucky enough to get Batman. Woohoo.

In reference to Douglas Adams’ May 25th towel day we were equipped with this silly towel from Graphic Lab. 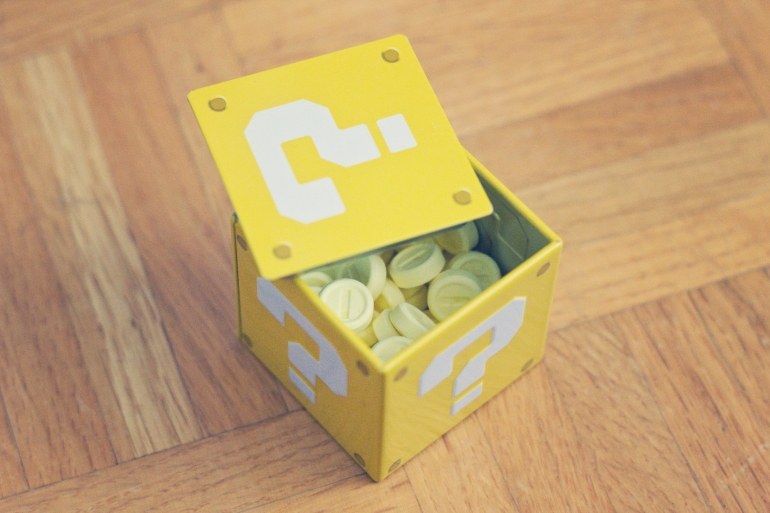 Like Mario, we were equipped with a question mark box of coins. These ones were edible and surprisingly strawberry flavoured. 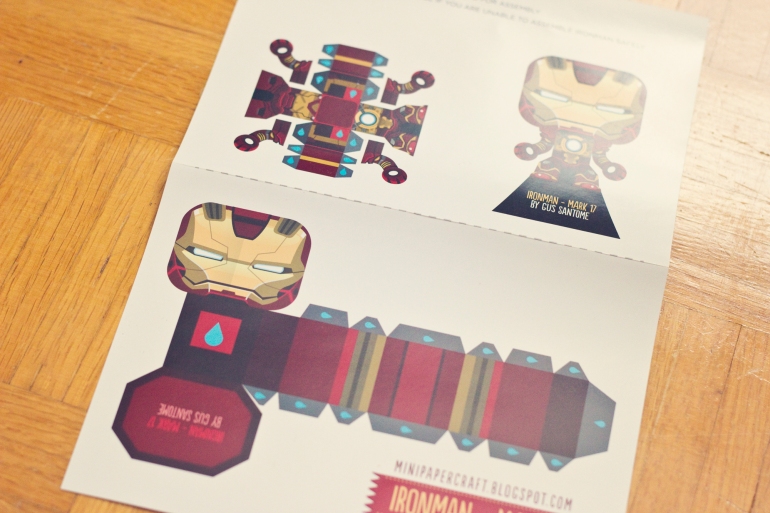 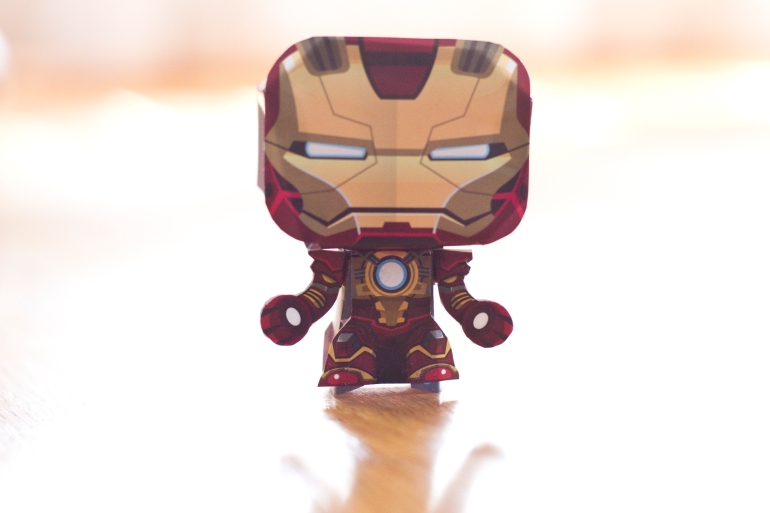 I’m loving my Loot Crate so far. It is full of great childhood memories, nerdy references and most of all encourages playfulness.

If you’d like to check out Loot Crate please use this link to help me save on my next box!