My friend Matt interviewed me for Format Magazine a while back and the story finally got published here. Some of my fellow concert photographers and weigh in on tips and tricks in the world of live music photography.

I was having a chat with someone the other day about social media and I tried explain to an anti-social media person why it was important to have an online footprint professionally. I think nowadays social media is so accessible (with privacy statements continuously changing and all) that there really isn’t a line between what you can consider professional versus personal. The reasons are the same. This makes it even more important to own your online presence.

1.       To control what others find online. At bare minimum, it’s good to have a website that has a good headshot of your face, a mini biography about what you do and perhaps some work samples. A Linkedin or an About.me page is fine. This way you can provide an URL to your employers (or people you meet) for a first impression beyond your resume. Your employers are also probably going to Google your name so having a headshot is important to distinguish yourself from the other Joe Shmoe shotgunning a beer in a Youtube video. If you’re lucky enough to register the web domain with your actual name, go for it.

2.       Open yourself to new opportunities. I never went to school for social media. It was something I learnt by experimenting, while managing multiple websites. I was an early adopter of Twitter. Through it, I’ve met some of the most interesting and like-minded people who are now some great friends offline. I’ve also had the opportunity to do things I never thought I’d do (like meet Phoenix or dance on stage with Girl Talk). I also worked places I never thought I’d end up. I never applied to work at Exclaim. Despite not being a journalism grad, the director of operations actually found me online after meeting me at a show and sent me a Facebook message. There’s a lot of fish in that sea but you have to have some sort of bait to hook them!

3.       To be ready for what the future might hold. Maybe one day in the future, you might want to start your own business, write a book or even just raise money for that marathon you suddenly feel like running. Having a dedicated following on Twitter or Facebook (or whatever social networks you choose to use) takes time to build. However, a strong community can really aid to kick start that new project. 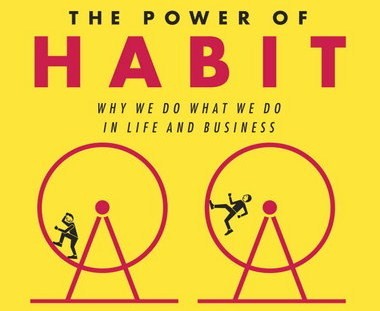 In The Power of Habit, Chris Duhigg looks at how the smallest act of habit can have a huge impact on our lives. It also delves into how businesses build marketing plans around our studied human habits. For example, when you walk into a grocery store the first thing you see are fruits and vegetables. They are purposely arranged this way so that we will buy healthy things first and can later convince ourselves to buy junk food.

He also looked into how Febreeze began from failure to a now conscious habit as well as how Target knows what you want to buy, before you even do.  There’s plenty of unlikely anecdotes from Starbucks to Martin Luther King Jr and the Indianapolis Colts.

At the end of the book, there’s an appendix that teaches the reader how to integrate some new habits in their lives. There are 4 overall steps: 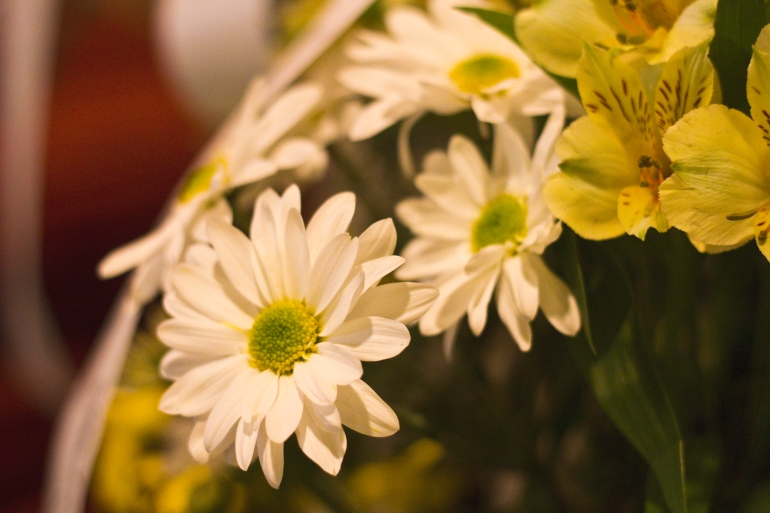 While photographing a funeral may seem morbid to some, it is normal in some cultures to want to capture the moment. Funerals tend to be one of the very few times where entire families and friends gather in a room, even those who haven’t seen each other for 10 years. Asian funerals tend to have a lot of tradition and are quite interesting to document.

To be honest when grandma asked me to photograph grandpa’s funeral, I thought it was weird. I thought I would be shy, break down (well I did occasionally), or that it would be awkward. However, I learned a lot from this experience and think I became a much better photographer because of it.

Here are a few tips:

1. No Flash
Having a photographer at a funeral can be awkward enough for some visitors, don’t be intrusive with a giant flash. I used my 50mm 1.8 lens for the majority of the shots so that I could absorb the most light as well as purposely blur backgrounds. 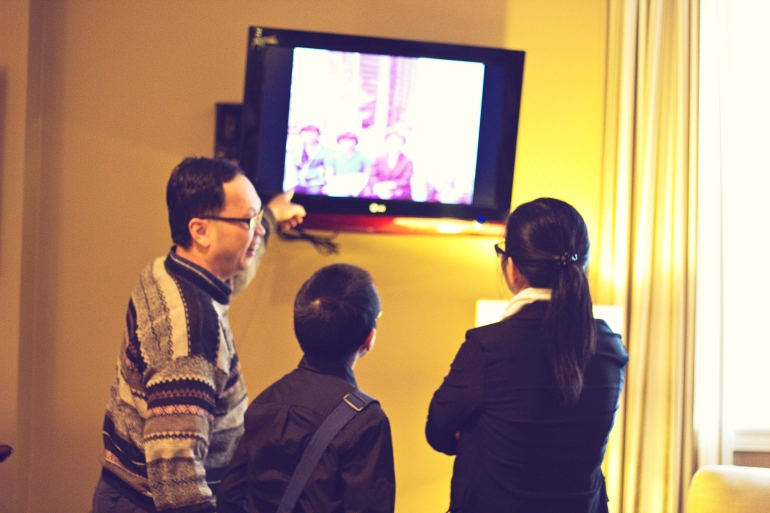 2. Be Considerate
Funerals can be a great opportunity to be photojournalistic, but at the same time you have to still be sensitive. Don’t stick cameras in people’s faces and be as invisible as possible. In my case, it was a little bit more difficult because I was part of the immediate family. 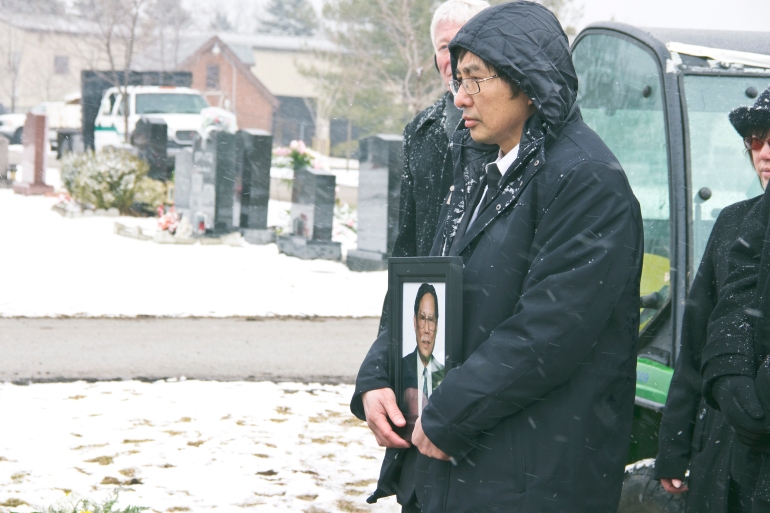 3. Edit Photos to Fit The Mood
Photos shouldn’t really be high of contrast and colour, that doesn’t really fit the mood of a funeral (or at least not the ceremony/wake). Don’t “bloom” your photos, apply appropriate filters that aren’t too bright and cheery. A mix of black and white and colour is okay too.

4. Watch People Interact With Each Other
Chances are if you’ve been asked to photograph a funeral, the person doesn’t just want to remember the deceased, but also all those who came out.

5. Be Confident
If you act like you are unsure you are supposed to be there, than it makes it awkward for everyone else too. If you’re confident than people will know you are doing your job.

If you ever get asked to photograph a funeral, treat it as a honour to help someone keep their last memories of a loved one. For now, most of the photos are for my family’s eyes only but they are some of the most intimate and emotionally beautiful photographs that I have ever taken.

I’ve been a musician all my life, but I didn’t start to have problems until I started hard 4 hour practicing when I was in university. At the end of my university journey I was experiencing pains in my middle finger and wrists. All those nights practicing passages and octaves 100 times had put a tole to the health of my limbs. I’ve done some therapy and research, and here are some tricks I have been using to prevent some of the pain of repetitive activities. Most of these can be applied if you spend too much time on the computer as well.