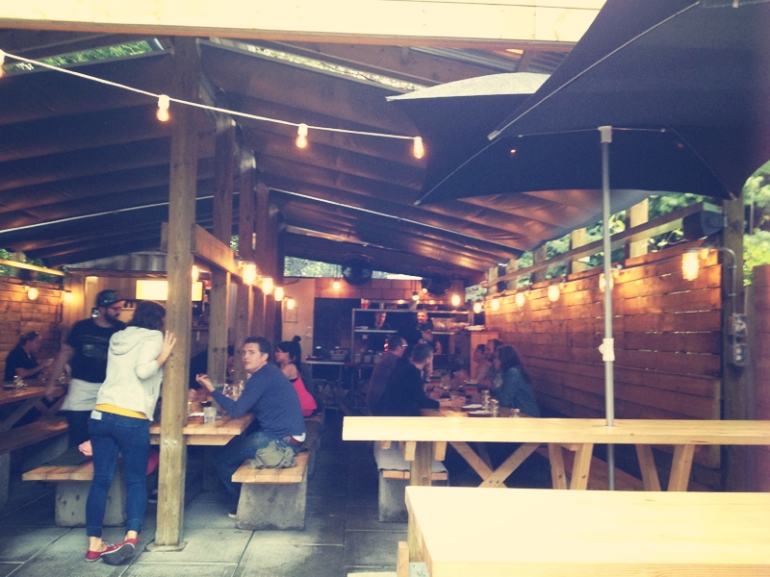 Situated behind Rose & Sons is what looks like someone’s fancy backyard picnic. We probably wouldn’t have stumbled on Big Crow if we weren’t specifically looking for it. 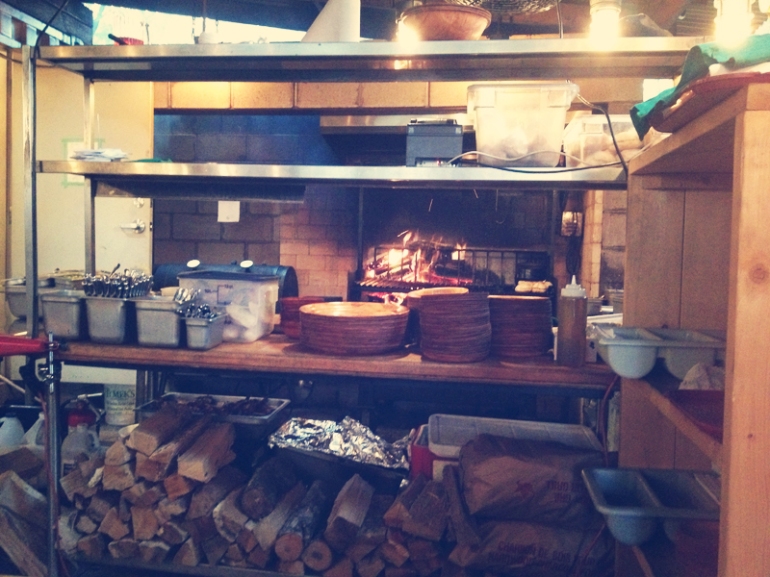 Rose & Sons is pretty new and they’ve already added this cool looking BBQ cook-out to its backyard. You can see the cooks grilling everything on the make-shift fire pit situated in the back. 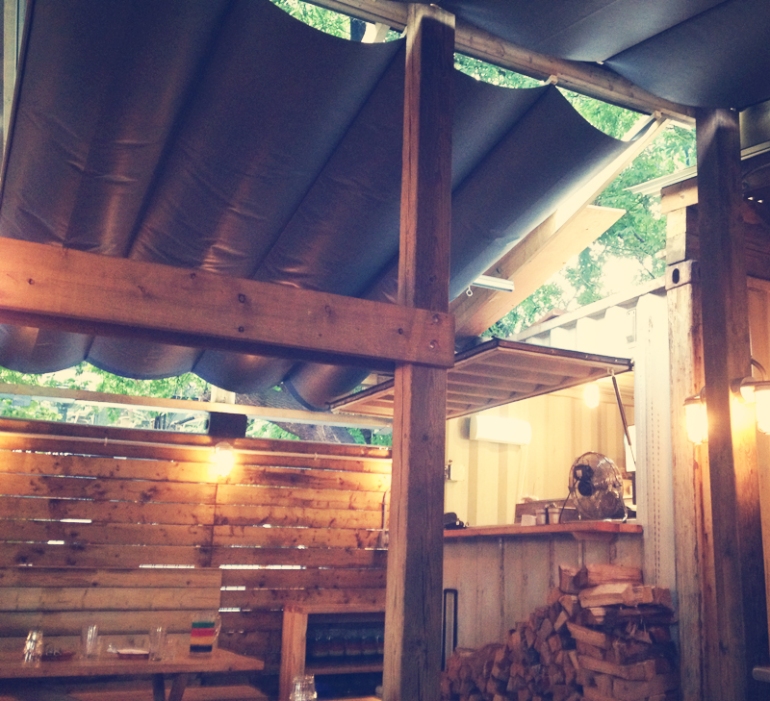 The atmosphere was very laid back. We were seated in between two other sets of customers. Plates are meant to be shared so we chose 2 selections from the “little crow” menu and one from the “big crow”. 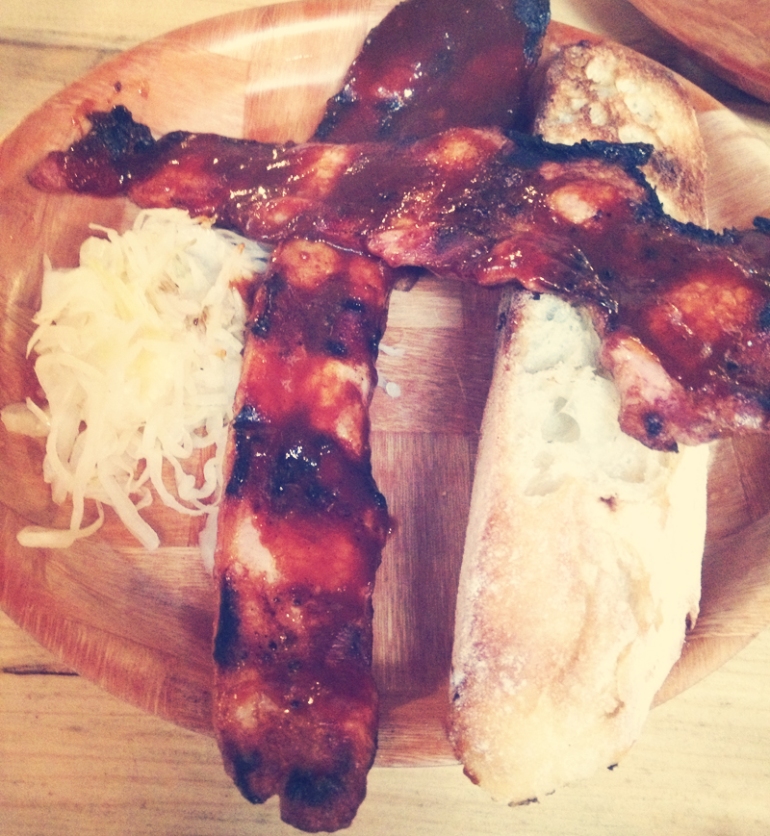 The crow sizzling bacon (“little crow”) had a sweet ancho chili BBQ sauce. It was served with thuet bread and a little slaw, which we realized later were the only veggies we ate that night. 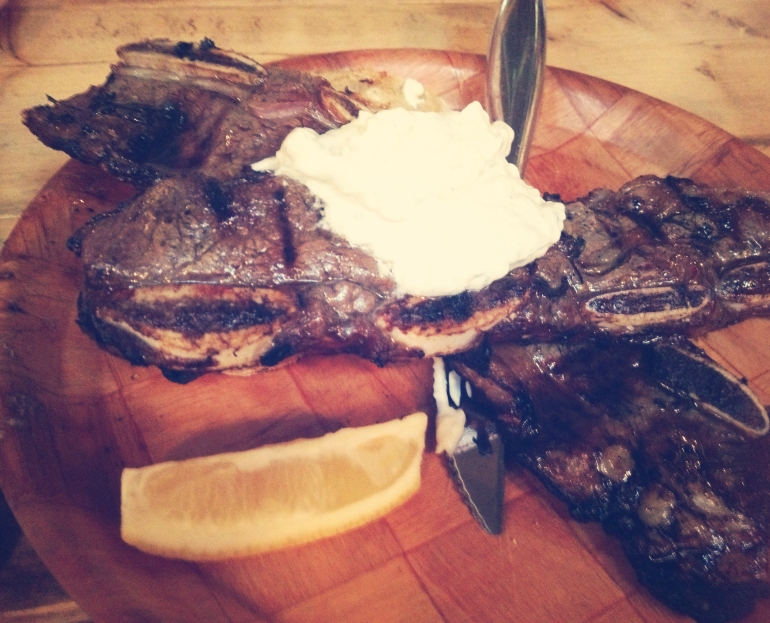 Also from the little crow menu was the miami ribs served with a creamy tzatziki sauce. This was a meal where using your hands and getting messy was necessary. 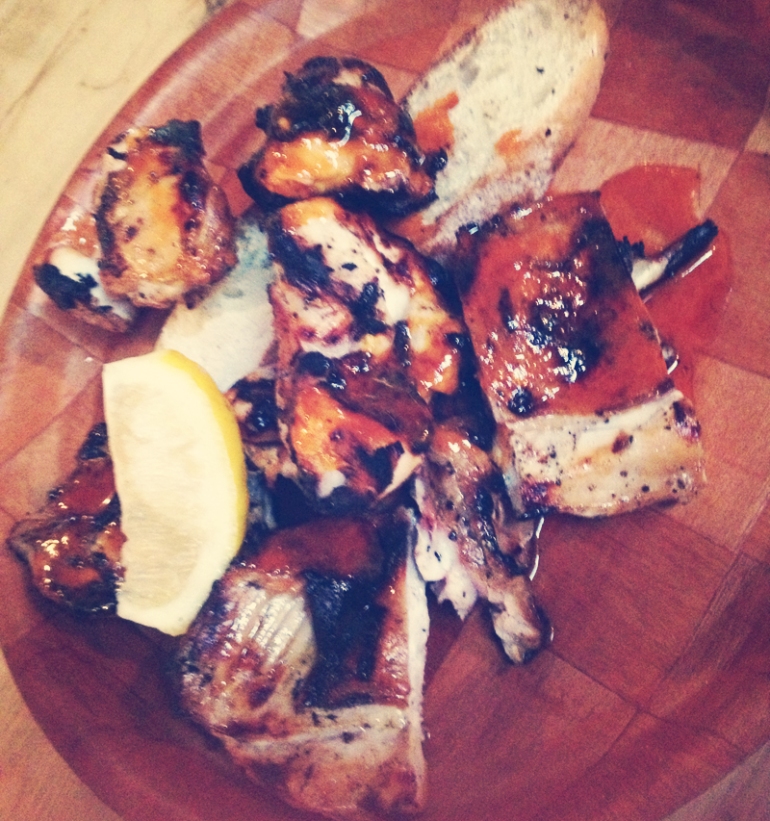 Our “big crow” and larger of the selections was this 1/2 rabbit. I’ve never had rabbit before and it reminded me a lot of pheasant. They were coated in a sweet and spicy hot sauce. 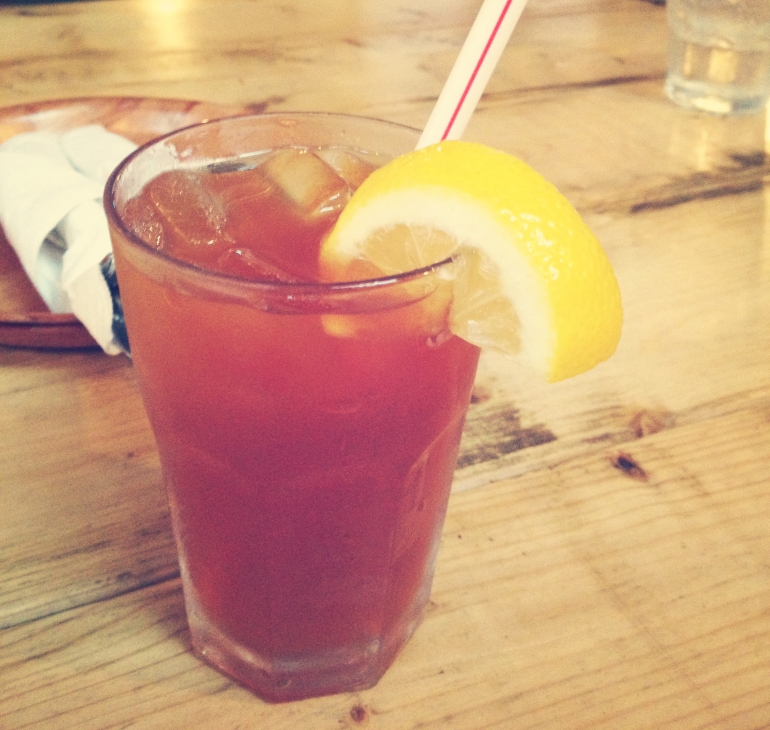 To wash down all the meat, me and Nash both had sweet teas.

We realized after we ordered that all we ordered was meat, but it was delicious. Like Homer in Simpsons said, “You can’t make friends with salad!” I’m not sure what will happen when the weather gets to cold to eat outside, so get your meat on while you can.