My latest Influenster Canada Voxbox was Lancome’s new Grandiose Mascara. It was presented beautifully in a black box.

There’s a certain elegance to the bottle that gives it a luxurious feel. The top has a lovely rose decal inside the clear plastic.

The want itself touts a “swan neck”. The greatest thing about this wand is that it allows for easy application to the second eye with my weak hand. I can change the angle of the brush so that mascara doesn’t end up on my face.

Here are some diagrams to demonstrate the ways the wand really helps.

I enjoyed this mascara a lot because it thickens and lengthens my lashes. There’s also no clumping so I don’t end up a racoon by the end of the day. This is definitely going in my daily make-up bag.

Located on Brock Ave in Parkdale, Electric Mud BBQ serves up unique BBQ eats. It’s by the owned by the same people as buzzy Mexican restaurant Grand Electric (which we still haven’t been there because we aren’t really committed to lining up for a meal). The first item we ordered was the day’s special, a grilled chicken. It came with a dipping sauce, but we couldn’t tell if it tasted better with or without. The white sauce, chives and marinade were already perfect.

Also our meat list were these rib ends. They were crispy and had a tangy bbq sauce spiced with jalapenos.

Since we were eating meat, we thought we’d get some vegetables as a side. Well, sort of. These buffalo cauliflower (compete with a blue cheese salad) resembled classic buffalo wings. What a lovely twist.

To wash it down I had a lovely Porch Crawler (watermelon lemonade, thai basil gin and simple syrup).

Nash had a Bourbonade (which is exactly what it sounds like).

Somehow, we had room for dessert, but I am glad because this Sweet Potato Pudding was to die for.

Our overall experience was lovely and we just learned the place delivers! Now we can get our BBQ on even if we’re lazy.

We stumbled upon Clara’s Gourmet Burgers while on a walk in the area, and naturally we had to try it. They had a creative burger menu with very affordable prices.

I had the Bruschetta Burger with diced tomato, feta, oregano. The flavours worked quite nicely together with the beef. I ordered them with a side of sweet potato fries which were also very good. Not to mention GIANT:

Imagine the sweet potato that made that!

Nash had the Nacho Burger with jalapenos, onions, tomatos, lettuce, and nacho chips!

The tables at the restaurant are all chalkboard so we amused ourselves while we waited for our food.

They aren’t the most complex burgers in the world, but they didn’t need to be and it was definitely worth the price! They do run out of ingredients for some of their burgers throughout the day so if you want to try something like the seafood or mahi mahi, go earlier! They were unavailable in the evening when we visited.

On top of Adelaide Hall and Rock n’ Horse Saloon is a relatively new rooftop patio called The Porch. The place has a lovely unobstructed view of the CN Tower. I was there for a friend’s birthday and ordered a margarita which came in a bucket the size of my head. Considering it was around $10, it was a great value.

The menu features finger foods as well as pub food like burgers and ribs. I ordered the guacamole with corn chips to start ($14).

I also had the Korean Short Ribs ($15) which were served with market greens in a balsamic vinaigrette.

While I think it is a great place for drinks, I think the food is overpriced for what you get as they weren’t anything special. Also worth noting is that if you make a reservation, it doesn’t guarantee a table or your party’s spot in line. The few times I’ve been there, there was no cover, but I could also see this changing if it hasn’t already.

Over on Ride the Tempo, I’m giving away a pair of Sony MDR10RBT Hi-Res wireless headphones and I also had the pleasure of being sent my very own pair to review.

The biggest surprise was that they fit comfortably on my giant head, a serious problem I’ve had with other headphones like Skullcandy. They Sony headphones are light and the ear pads are soft and comfy. The band is loose enough that it doesn’t add too much pressure to my head.

These were the first wireless headphones I’ve ever owned and I found them very easy to set up with my iPhone. The rechargeable battery lasts for up to 17 hours of continuous play, so it would probably last a normal person a week without charging. While Bluetooth is activated, there are also volume, track control and answer call buttons that can be used. Included in the box is a cord if wired play is desired. There’s also a microphone on the headphones for answering calls. They do take a while to charge though with a laptop. However, the USB end plugs into my iPhone/iPad blocks without problem.

Now to get to the sound! While wired or wireless, I found that the mid to high-end sounds were crisp and amazing. I also swear to god that the headphones sound a bit different now than when I first tested them on my laptop and iPhone. I think they have a burn-in period where it auto-adjusts how it sounds. The bass is just how I like it, but I could see EDM listeners thinking it’s not “booming” enough. However, these headphones react well to EQ adjustments, so for those who want a little more of certain levels than that is an option.

Design-wise these are sleek and like I previously mentioned, super light. They ear cups swivel so that they can easily fold into the included portable carrying case. I’ll definitely be putting these in my purse. 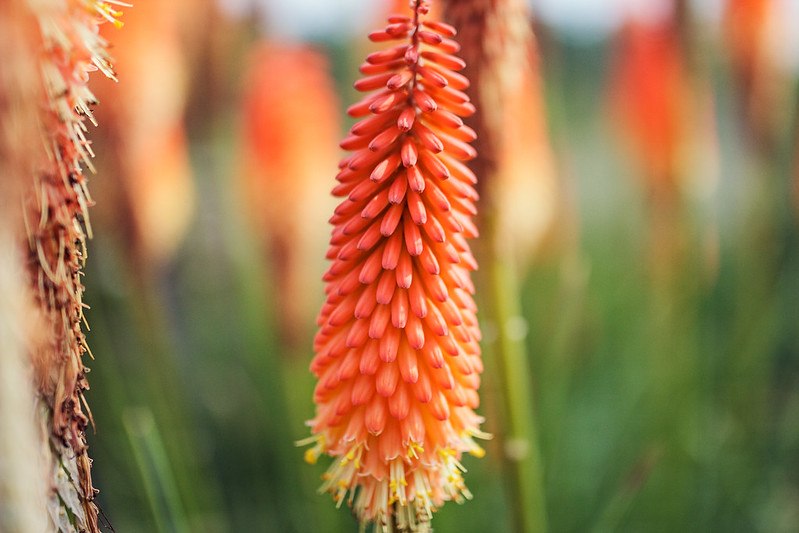 It’s been a while since I had a photo post but I finally had time this long weekend to go nature exploring. Here are some random photos of flowers, scenery and Teddy. All photos were taken with my Canon 60D and my Sigma 35mm 1.4 lens. 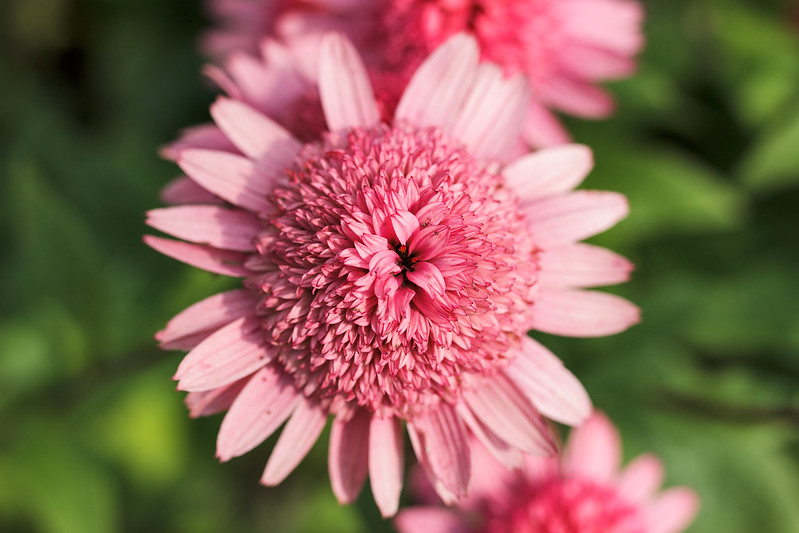 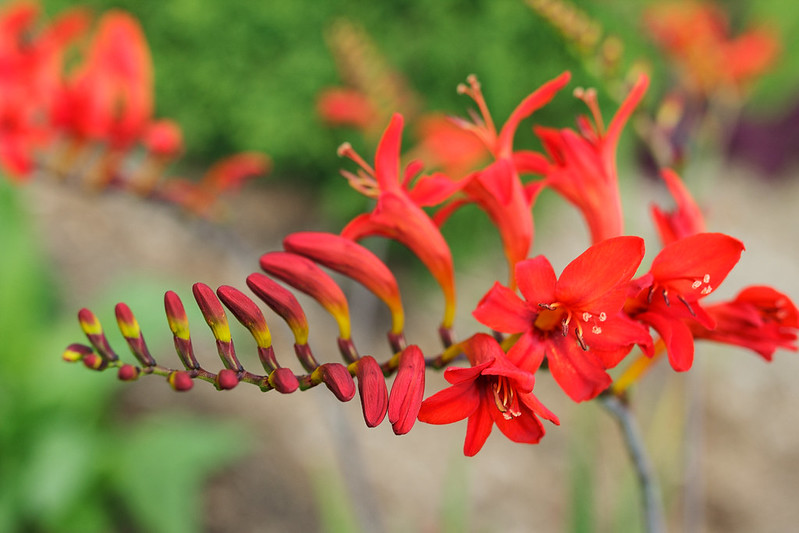 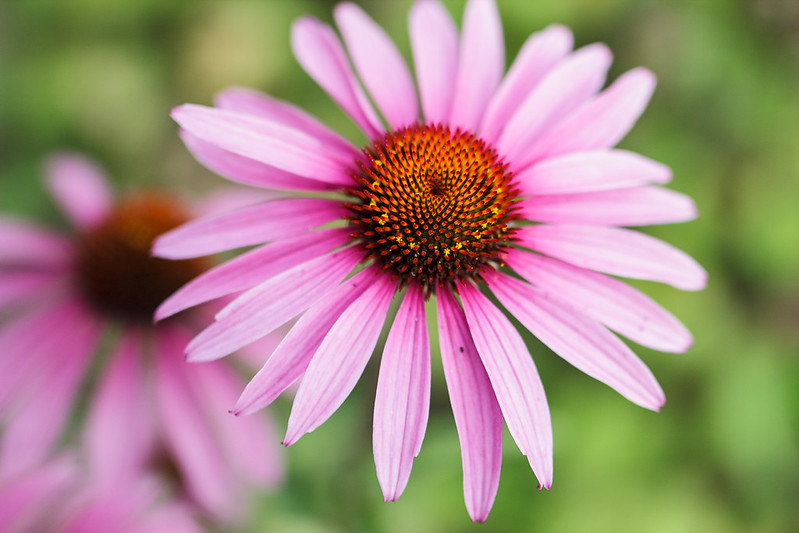 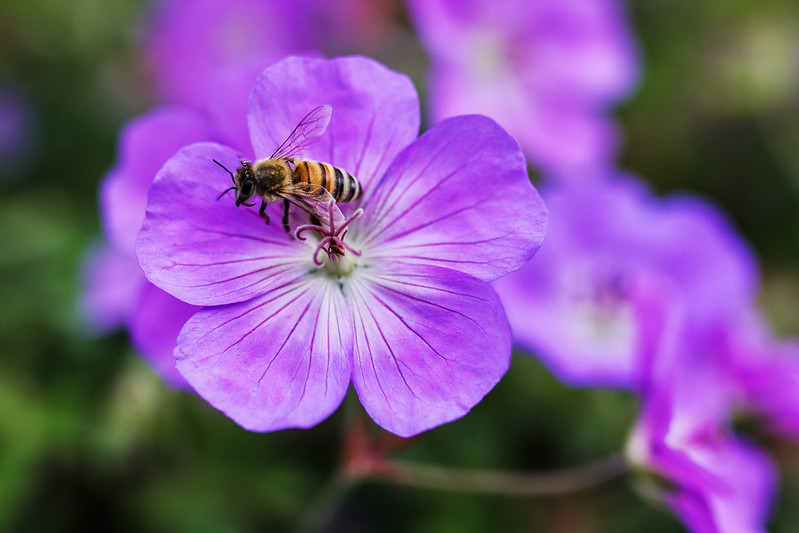 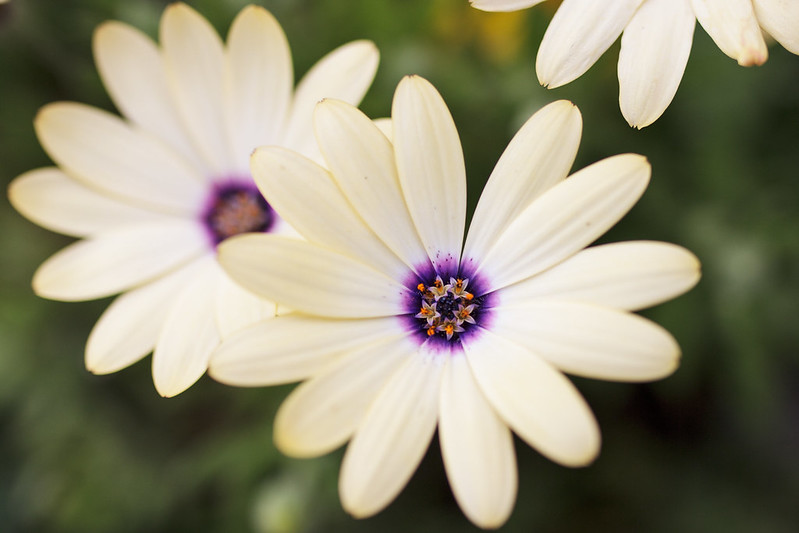 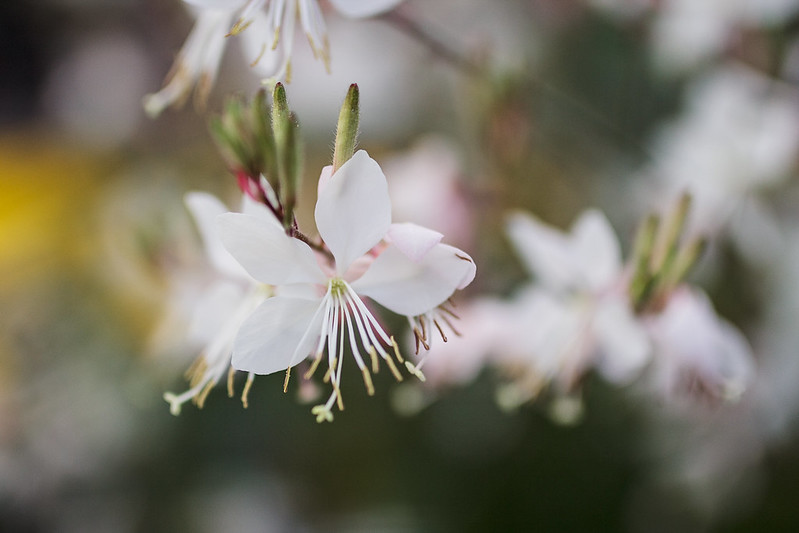 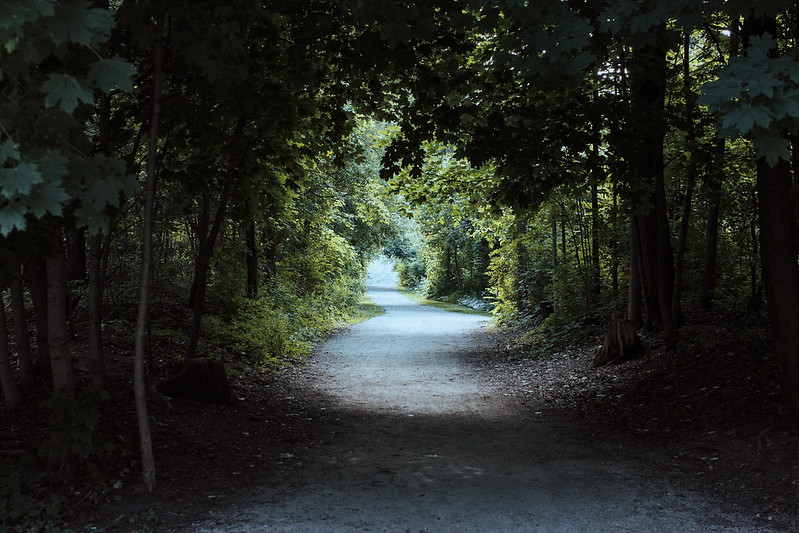 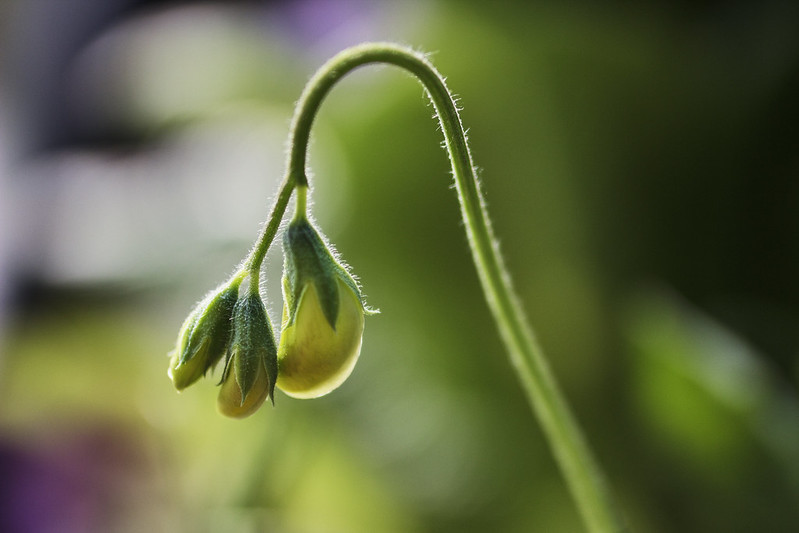 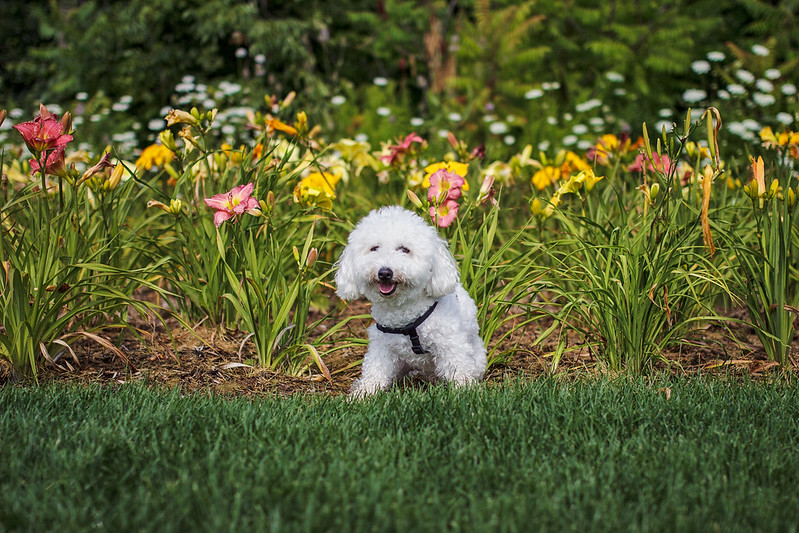 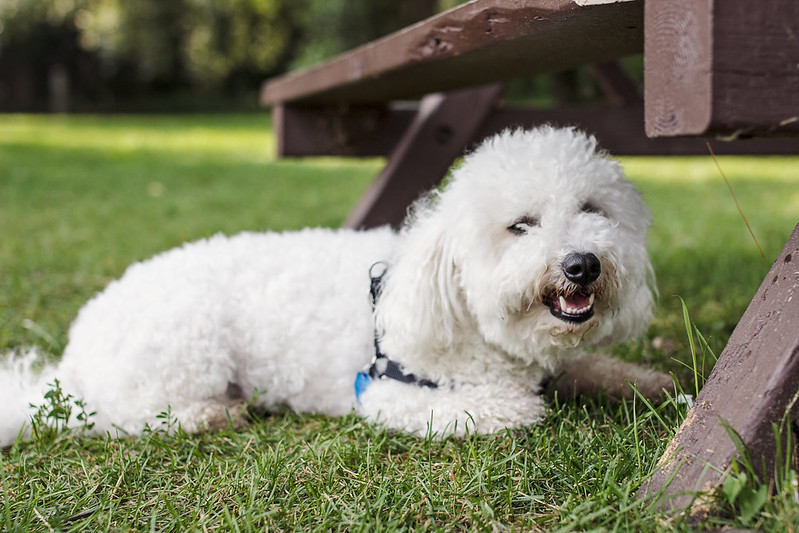 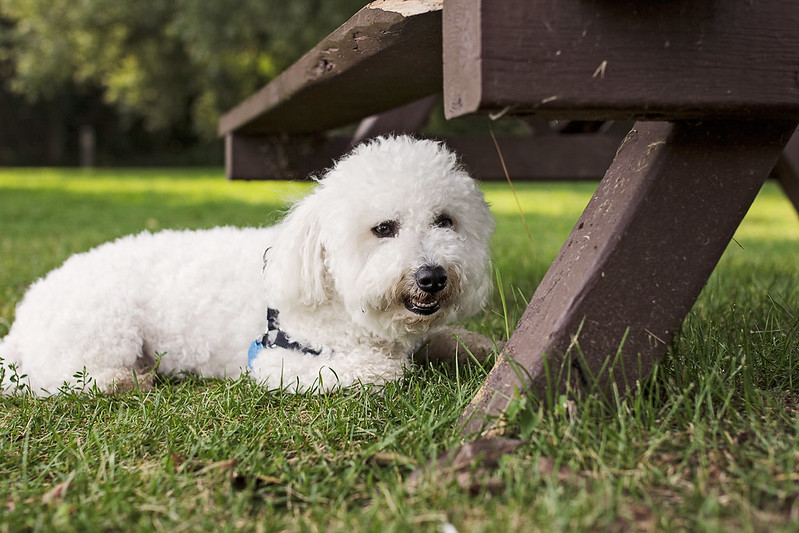 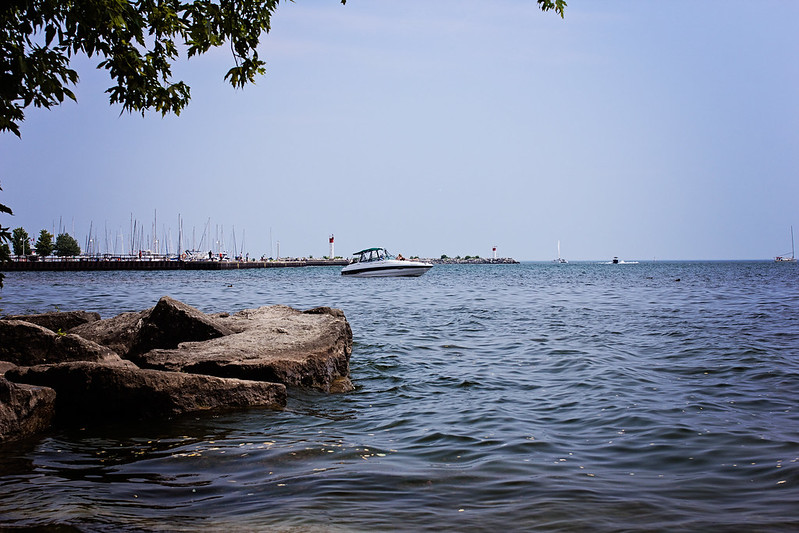 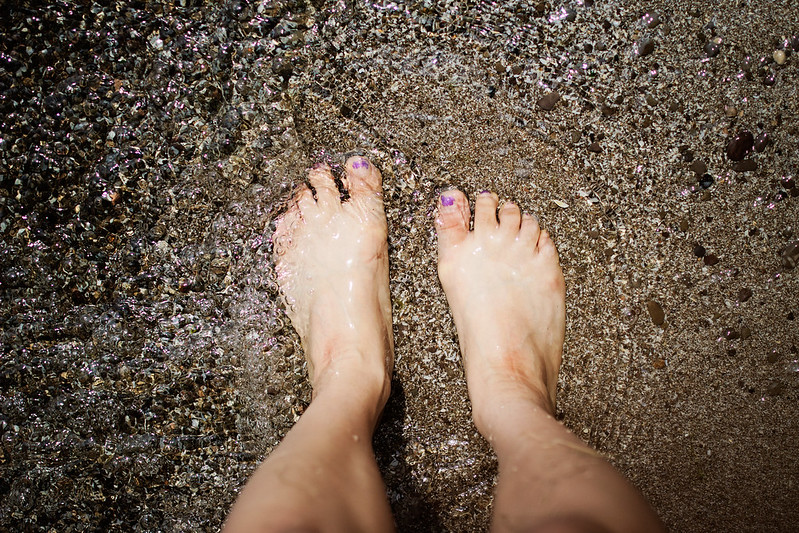 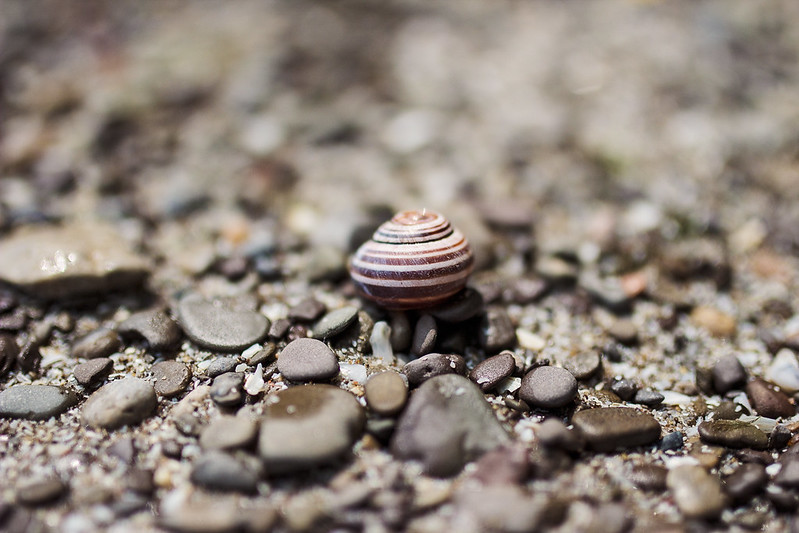 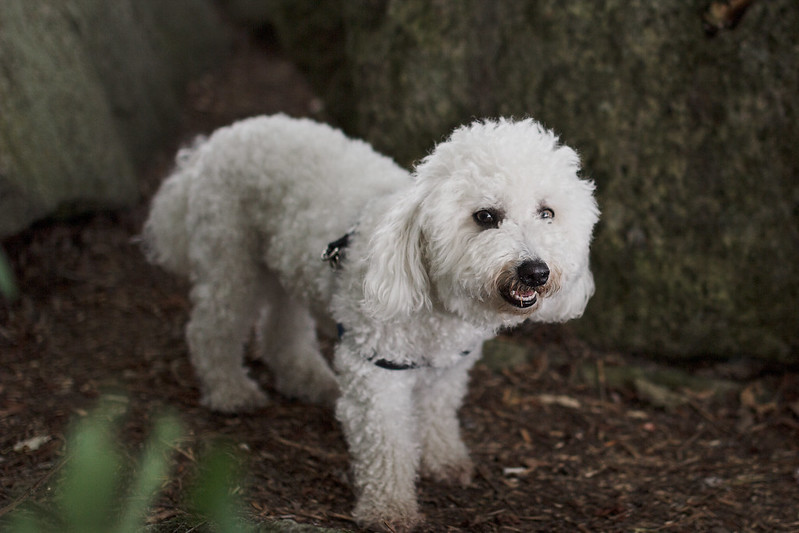 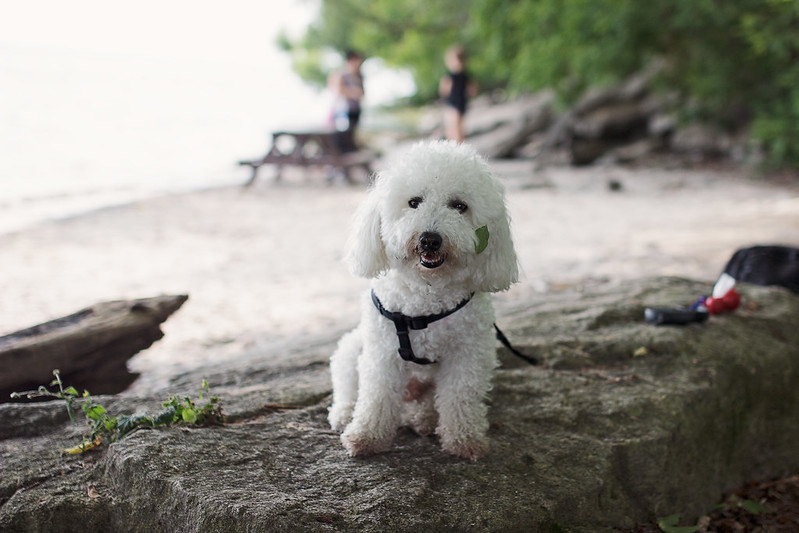 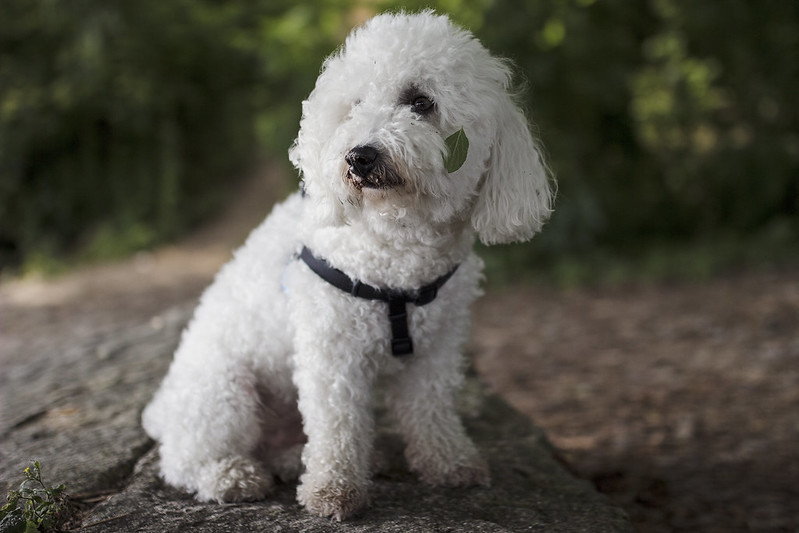 Named after Elvis Presley’s daughter, Lisa Marie the Toronto restaurant is owned by the same people behind the Fidel Gastro food truck. The decor includes an Elvis print. We were delighted by the experimental sounding menu. There’s always some sort of weird sounding twist almost as if you were playing the game “which one of these doesn’t belong?”. For example we started with the Pork Belly Chow Mein Pizza ($10 pictured above). The combination of crispy pork belly, king oyster mushrooms, chow mein, sweet and sour sauce on top of a deep fried pizza dough was playful but it actually worked surprisingly well together.

Nash I chose to share the Mac and Cheese, one of the day’s specials ($22). This was no regular Mac and Cheese. Inside the cheese itself was pulled pork and it was also topped with fresh Pico de Gallo (cilantro, tomato, avocado, green onions etc).There were probably a bunch of other ingredients I missed but the waitress did a great job of naming everything and making our jaw drop every time she explained a menu/special item. Despite the seemingly ridiculous sounding combination, this Mac & Cheese was delightful. Every spoonful was like a new adventure. It was also a generous portion that there was enough left over for the next day’s lunch.

Testa Dura
Another thing that can’t be ignored is their fabulously witty drink menu. Nash had The Lazy Sunday comprised of Hendricks gin, sunflower sprout lemonade and Jack Rudy Small Batch tonic. It had enough alcohol that if you had too many, you’d probably need to take an actual lazy Sunday. I had the Testa Dura (means “stubborn” in Italian). In it was Tromba tequila, Asperol, fresh lime and limonata. It was tart and refreshing at the same time. All the drinks will definitely give you your moneys worth in alcohol.

This photo looks a little funny, but it’s their play of Elvis in a Jar ($6). The jar consisted of maple/rum fried french toast, bacon, peanut butter marscapone, flambéed bananas topped with a big piece of crispy bacon. In a nutshell it was heaven and even though we were so stuffed from the rest of the meal this jar was definitely licked clean.

We were happy with the entire experience from the creative food to the friendly waitress who was very knowledgeable on all the dishes. At the end our bill came in a random cassette!